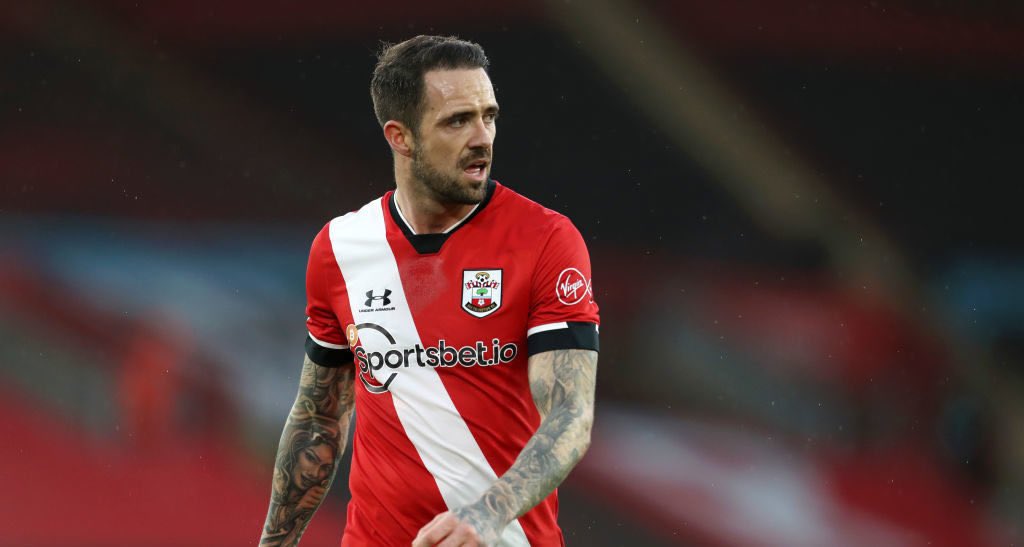 Former Southampton striker Kevin Phillips has claimed Manchester City are likely to end their pursuit of Tottenham superstar striker Harry Kane and will likely to go with a more cost-effective alternative like Southampton’s Danny Ings.

Pep Guardiola is keen to add a new striker to his squad this summer to replace Sergio Agüero, who left the club after a ten-year spell in Manchester and Harry Kane has been their top target in the ongoing transfer window.

The Premier League champions are thought to be have made a £100m offer for the England captain but Spurs chairman Daniel Levy is reluctant to part ways with Kane this summer and has slapped a staggering £150m price tag on the marksman’s head to fend off potential suitors.

It’s no secret the England international would jump at the chance to join Pep Guardiola’s trophy-hoarding side, with  Manchester City reportedly still willing to up their bid from the £100million they offered earlier in the summer.

Despite with about five weeks of the transfer window remaining, ex-Saints striker Kevin Phillips believes the Citizens will miss out on the Spurs talisman.

Speaking exclusively to Football Insider, Phillips has suggested that the Manchester outfit will ditch the idea of Kane and pursue a cheaper move for the likes of Southampton’s Danny Ings instead.

Also Read
‘Please no’, ‘would rather Nkunku or vlahovic’ – Some Man City Fans flock as Darwin Nunez transfer rumour emerges
‘Why would he downgrade’, ‘pain pain’, ‘might just cry’ – Many Man City fans react as Barcelona ‘close agreement’ with Ferran Torres
‘Perfect asking price’, ‘Take it or leave it’ – Man City Fans react to the Club’s asking price for Ferran Torres

“It won’t happen now, which is huge for Tottenham” the ex-Premier League striker said.“Guardiola has already come out and said that’s too much for Man City to pay. So I’d be surprised now if Kane does end up going to Man City.

“They can afford it but he’s not going to be an asset that in four or five years you get your money back for him. So you can sort of write that money off.

“Guardiola’s has already shown that he’s not fussed about playing with an out-and-out striker.

“But Danny Ings is obviously a much cheaper option. Would he give you the goals that Harry Kane would? No, but he’s a good player and he’s shown what he can do with Southampton.

“If he was to go to Man City then he’d get more chances. He’s a goalscorer and he works his socks off. We know City like to press and he can do that.“

These Kevin Phillips’s comment has prompt Plenty of Sky Blues to react on social media.

Sign Kane or Stay with Jesus..We must maintain our standards

Might aswell not buy a striker this window. Jesus and Ferran would be twice the striker

Nooooooo! Please no. We need a top player

Aguero barely played the last 2 seasons,
So any decent st would be a massive improvement to the squad.

Danny ings would be a very good signing

I have absolutely nothing against Danny Ings, he has been a superb & constant striker throughout his career. But would I sign him, or take a chance on @liamdelap ? Bring on the youth I say.

Surely can’t be the replacement for aguero? Ings is a goal scorer yes but surely too replace a world class stricker we would need too bring another one in ?

Part of me hopes that Ings does come in and bangs in goals for fun to prove FT completely wrong.
Don’t get me wrong I want Kane, but if it’s not doable we still need someone… Ings’ is a good player 🤷🏻‍♂️

This is a classic tactic City like to use where we make up a rumour so bad that fans get desperate and don’t complain too much when we sign an average but slightly better striker in a months time. The journalist’s probably been given some false information by someone at the club