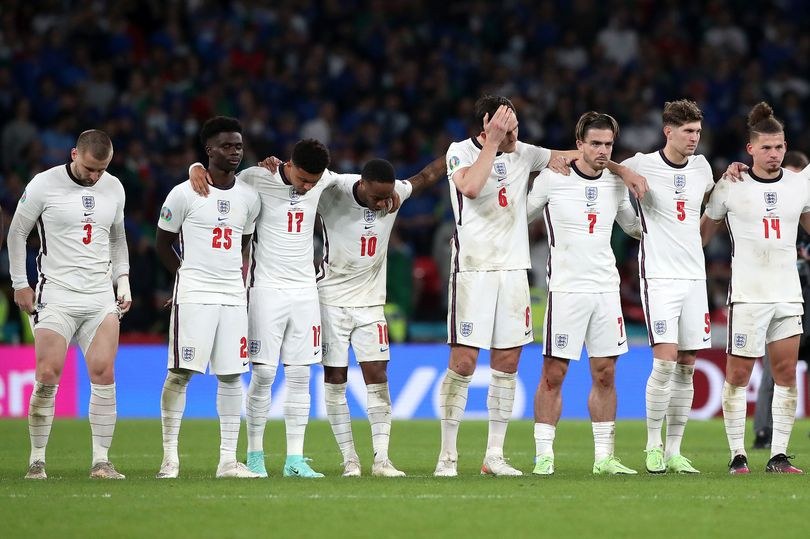 Roy Keane and Jose Mourinho has slammed both Raheem Sterling and Jack Grealish for not stepping up to take a penalty ahead of Bukayo Saka.

Saka missed the decisive penalty as England suffered a heartbreaking shootout defeat to Italy in the Euro 2020 Final at Wembley.

The 19-year-old Arsenal midfielder was selected by Gareth Southgate to take England’s fifth penalty and had his effort saved by Italy goalkeeper Gianluigi Donnarumma.

Speaking to ITV Sport, though, ex-midfielder Roy Keane led the inquest into the reasons for the Three Lions’ woes. He questioned why Aston Villa captain Grealish or Manchester City star Sterling did not step up.

“If you’re Sterling or Grealish you can’t just stand there and let a young boy like Saka go pitch in front of you,” the pundit said.

“They have much more experience. Sterling has won titles. He has to get up and shoot before the kid does.”

Even Mourinho was less than impressed by the more experienced players for failing to put themselves forward.

“For Saka to have the destiny of a country on his shoulders, I think it is too much for a kid to have everything on his shoulders in this moment,” Mourinho told TalkSport.

“Gareth is such an honest guy and a protective coach that I do not believe he would ever say Player A or Player B ran away or told me they were not ready to [take a penalty].

“I do not know in this case, but I do not think it matters if you are a great penalty taker or not. In this situation, where was Sterling? Where was [John] Stones? Where was Luke Shaw?

“And why did [Jordan] Henderson or [Kyle] Walker not stay on the pitch? In reality it is very hard for [Marcus] Rashford and [Jadon] Sancho to come and take a penalty after one touch of the ball.”

These comments on Raheem Sterling has prompt some Sky Blues react on social media.

It was Southgate choice to decide who goes up the mug

Roy, I know you haven’t been able to manage for a while but you of ALL people should know that the manager decides who takes the penalties, not the players.

It was Southgate who decided the takers. They practiced penalties in every session, Saka, Rashford and Sancho were probably some of the best in training.

100% right from Keane… Southgate is defending his players. No way was 19 year old Saka the choice.

Southgate’s choice. Time to hang it up for Keane soon surely