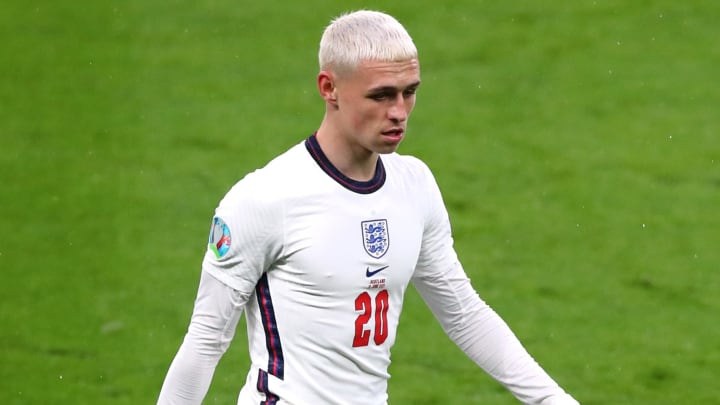 England playmaker Phil Foden sat out training on the eve of the Euro 2020 final against Italy with a “minor knock”.

The Manchester City starlet is reportedly suffering from a minor knock and it is not clear yet whether or no the will miss Sunday’s showpiece event.

Foden came off the bench in the 2-1 extra-time semi-final win against Denmark on Wednesday.

Foden was able to do some work in the gym, but his absence from the team session raises doubts over his participation against Italy on Sunday.

Three Lions boss Southgate will provide an update on the Manchester City midfielder at Saturday night’s press conference, where he will be joined by captain Harry Kane.

England face their first major tournament final since winning the 1966 World Cup after a sensational run at the Euros.

In reaction to the news shared on Twitter by Man City Xtra, many Man City fans have have been expressing their thoughts and opinions.

Minor knock should be ok

Congrats on Italy winning the euros

It’s impossible that he will out from the final .. he will be there for he’s country

I've seen, he'll probs be alright though because it's precautionary. Should be on the bench at least