‘That was reckless’, ‘Head up’ – Some Man City fans livid at De Bruyne’s comments 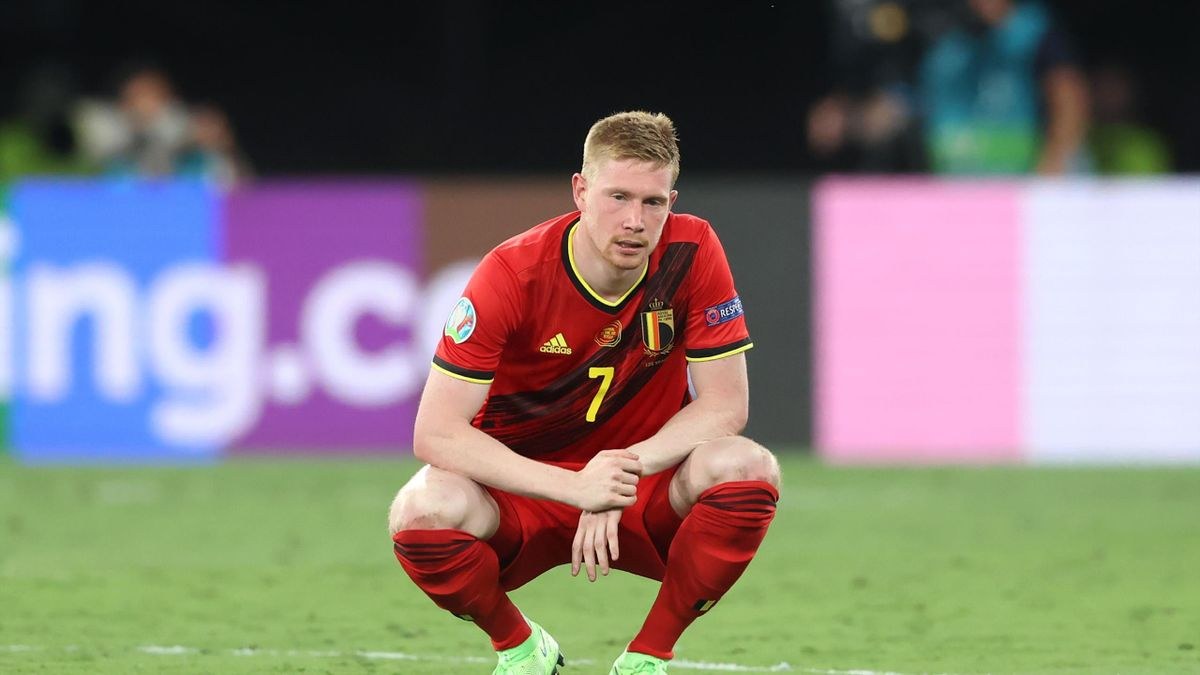 Belgium lost 2-1 to Roberto Mancini’s men, battling to the end, and ahead of the game, they welcomed back key midfielder De Bruyne from injury.

The Manchester City playmaker missed the beginning of the tournament after suffering facial fractures in the Champions League final, and after working his way back to fitness a nasty tackle in the last-16 win over Portugal left him unable to train for much of the preparations for Italy.

De Bruyne, who match fitness had been uncertain up to kickoff, himself admitted it was a miracle that he was able to play in the match.

Revealing the details of his injury after the Italy defeat, as cited by Manchester Evening News, he said: “For me personally it has been four or five weird weeks.

“But I especially want to thank the medical staff. It was a miracle that I played today because there was definitely damage to my ankle. A tear in my ligaments.

“But I felt responsibility to play for my country today. Too bad I couldn’t do more.”

These Grealish’s comment has prompt plenty of Sky Blues, who will be hoping his ankle injury recovers ahead of his return to the club this summer, to react on social media.

finally, some rest for Kev. just be fit for start of next season.

She shouldn’t have play, that was reckless

What about a responsibility to the people who pay his exorbitant salary?

@ManCity should be upset they’ve allowed him to play with a torn ligament but we’re spineless fc..

At least he gets a well deserved rest now, ready for the season

Share
Facebook
Twitter
Pinterest
WhatsApp
Previous article‘We’re not a serious club’, ‘Isn’t even for the first team’ – Fans reacts as Man City keeping tabs on 20-year-old winger
Next article‘Good move’, ‘atleast not CFG’ – Man City fans reacts as Dutch side in talks with the club about loaning attacker