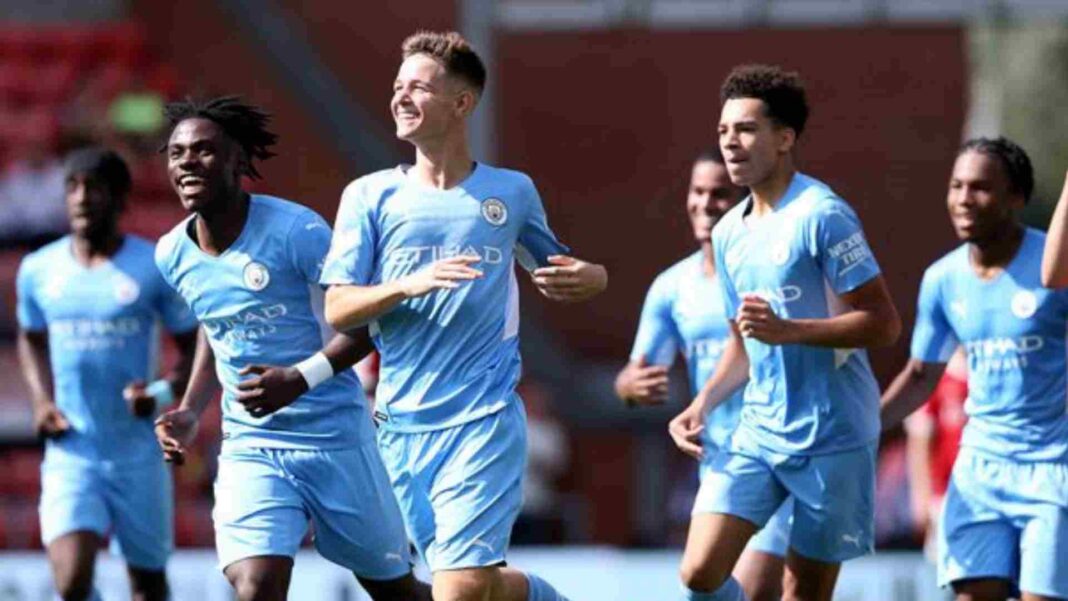 Some Manchester City supporters think academy talent James McAtee could be the next David Silva after he won the Premier League 2 Player of the Month award.

Known as the ‘Salford Silva’, the stylish playmaker has drawn comparisons with former City star David and was formerly with Manchester United’s academy.

After switching to City he has continued to impress staff and supporters with his performances prompting interest from a number of Championship clubs notably Swansea City.

After performing well in pre-season, getting a senior assist to his name, McAtee began the season with the U23s and a hard-fought 0-0 draw at Liverpool.

The City’s EDS midfielder has secured the Premier League 2 Player of the Month for August award after enjoying an outstanding first month in the new campaign, scoring successive hat-tricks to help Brian Barry-Murphy’s side make an unbeaten start to the new Premier League 2 season.

McAtee claimed a second half treble in our first home game of the 2021-22 campaign against Blackburn, helping City come from 2-1 down to claim a thrilling 4-2 victory.

A week later, the 18-year-old claimed another magnificent hat-trick as City secured a superb 4-2 derby victory away to Manchester United.

The Premier League Football Development Panel nominated and chose the 18-year-old as this month’s winner after PL2 club coaches picked out the best performance by an opposing player in each of their league matches during the month.

Here is what the Manchester City fan base have been saying regarding the 18-year-old’s latest honours. It’s no surprise that fans are excited about what the future holds for him.

It had to be him, 2hattricks in there. Great great player