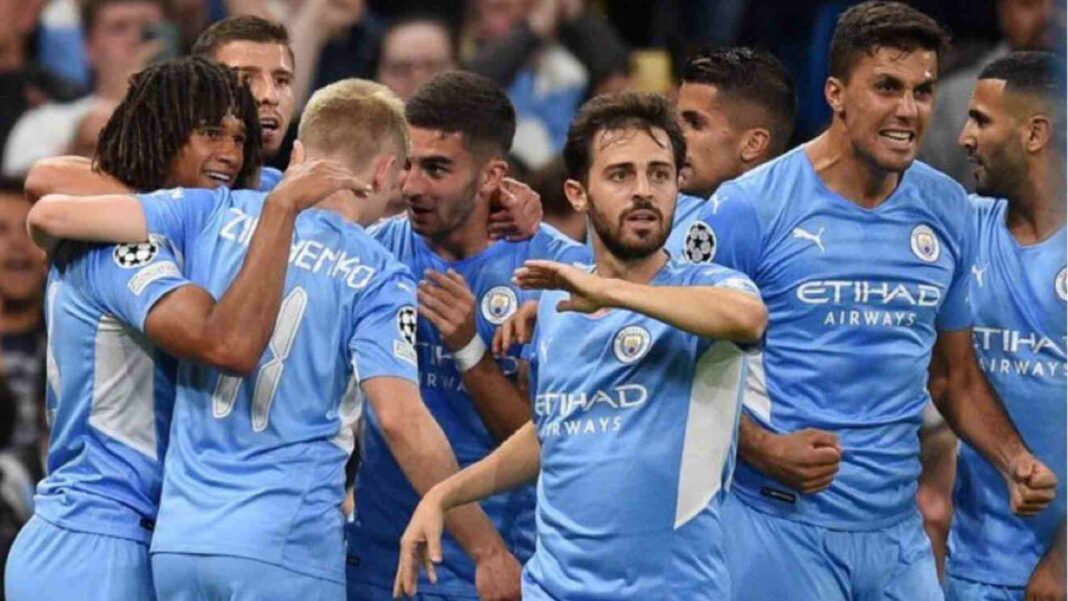 Many Sky Blues weren’t impressed with the performance of Oleksandr Zinchenko in the 6-3 win on Wednesday night against RB Leipzig in the Champions League at the Etihad.

Pep Guardiola’s side made the perfect start to their Group A campaign to take an early lead in a group that includes favourites Paris Saint-Germain.

And while the attacking efficiency was clear, the same cannot be said for City’s backline which conceded three soft goals.

Christopher Nkunku really managed to exploit pockets of space, particularly down Zinchenko and Nathan Aké’s side.

In Oleks’ defence, such a shaky performance is considered uncharacteristic for him these days.

Got himself into the book early on thanks to striking Dani Olmo in the face. Should have done better to stop Leipzig in the build-up to their goals.

The Ukraine international was handed City’s lowest SofaScore rating on the night with a 6.0, winning only a third of his ground duels, being dribbled past once and losing the ball 10 times.

Some Man City fans took to social media to express their feelings on the 24-year-old’s performance.

Zinchenko has been awful btw

Zinchenko has had a shocker today

Zinchenko has to leave, we need top left-back. He is limited.

Sorry, Zinchenko is not good enough and we still need clinical striker and someone who recovers well after losing the ball. 3 transfers or #TXIKIOUT.

Share
Facebook
Twitter
Pinterest
WhatsApp
Previous article‘Absolutely no’, ‘Why’, ‘not this guy again’ – Some Man City fans rage as club target talent with £67m release clause
Next article‘Riyad is an adult’, ‘does not deserve this’ – Man City fans react to Pep Guardiola’s furious lecture at Mahrez