‘Never should have made those comments’, ‘That was embarrassing’ – Many Man City fans hit out at Pep Guardiola after attendance appeal 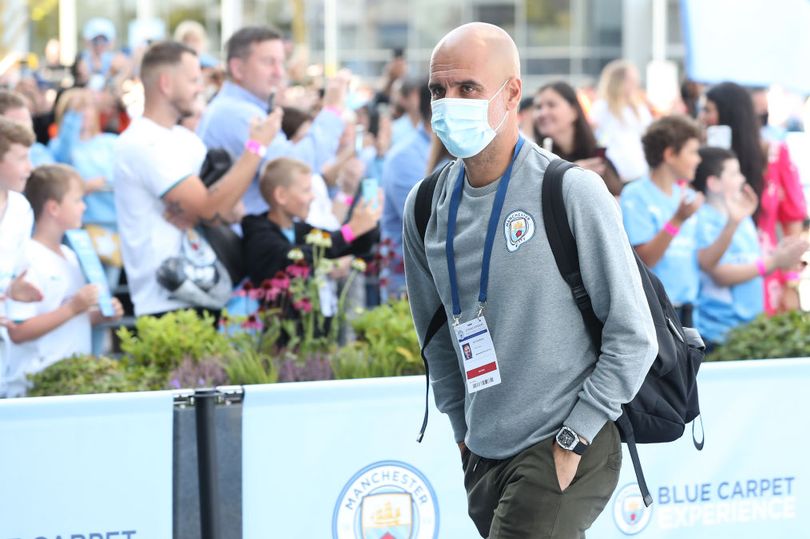 Manchester City supporters have responded to Pep Guardiola‘s rallying cry for more fans to go to the Etihad after an underwhelming attendance for their nine-goal thriller against RB Leipzig on Wednesday night.

Guardiola was pleased with his team’s performance but finished his post-match interview by asking more people to come on Saturday for their Premier League game against Southampton.

“I would like more people to come next game on Saturday, we need the people next Saturday. Please,” he said.

“We will be tired. I know the team from Ralph [Hasenhuttl, Southampton manager] is quite similar to the way they play. They are so, so dangerous with good quality and it’s a really important game for us.

“So I invite to all our people to come next Saturday, 3pm, to watch the game.”

Kevin Parker, the general secretary of the Manchester City Supporters’ Club, says Pep Guardiola was wrong to question whether the Etihad Stadium will be filled by fans for this weekend’s Premier League game against Southampton.

“[What he said] did surprise me,” Kevin Parker told Sky Sports.

“I’m not sure what that’s got to do with him. He doesn’t understand the difficulties that some people might have getting to a game at the Etihad on a Wednesday evening at 8pm.

“They’ve got kids to think of, they might not be able to afford it, [and] there are still some Covid issues about. I don’t see why he comments on it.

“He’s absolutely the best coach in the world but, in the nicest possible way, I think maybe he should stick to that.”

“It just takes the edge off what was a good night. People are talking more about Pep’s comments than a fantastic game. To question the support, which is effectively what he is doing, is disappointing and uncalled for.”

Parker went on to explain how Pep’s comments do nothing to combat the jibes from opposition fans about the stadium not being full.

“People refer to the Etihad as the ‘Emptyhad’,” he explained.

“It’s a little bit of fun by the opposition supporters but there’s no justification for it. It’s not factual. Our attendances are generally excellent.”

Many Man City fans on Twitter have also been expressing their thoughts and opinions.

Uncalled for by Pep… but he didn’t mean it in a bad way. It was just an irresponsible comment

Rightfully so! That was embarrassing for him to say

Why not? He annoyed a lot of our fans by saying comments he didn’t need to say on camera.

I don’t think Pep even meant it to come out like that. I think he wanted the fans to be 12th person on the pitch, to support them non stop, to push them to win.
It’s always hard to convey a message in English when it’s not your first language

Difficult situation but let’s remember what the man has done for us. Keep it respectful, he loves the club

‘Even If We Win, We’ve Lost’, ‘Looks like bad luck’ – Many Man City Fans erupt following Kit News Ahead Of Premier League Clash

‘Even If We Win, We’ve Lost’, ‘Looks like bad luck’ – Many Man City Fans erupt following Kit News Ahead Of Premier League Clash