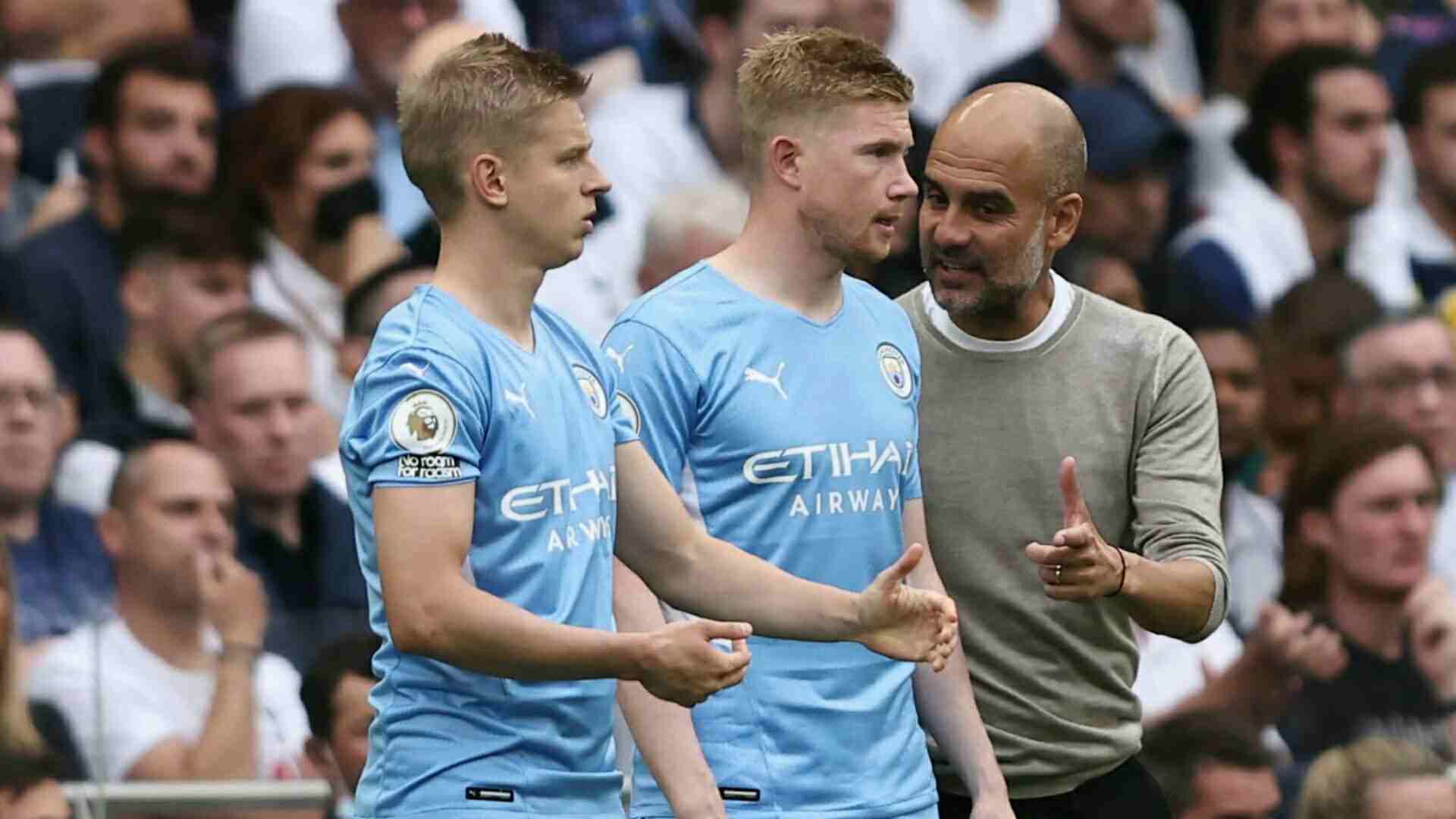 Manchester City star Oleksandr Zinchenko has revealed that he is ‘on his way’ to fitness in a new post on Instagram this week.

The 24-year-old, who has only played three matches this season for the Premier League champion, has been dealing with a calf problem that has ruled him out for the past few weeks.

While his City teammates are currently away on international duty, the Ukrainian full-back has remained in Manchester to continue with his recovery

Zinchenko will be looking to challenge versatile Joao Cancelo, who in his absence has been deployed at left-back by Pep Guardiola.

The former Shakhtar Donetsk player and PSV loanee has provided Manchester City supporters with an update on his recovery and what sort of activities he is engaging in at present.

Captioned ‘On my way‘ by the 24 year-old, Zinchenko uploaded a video to his story in which he is seen being put through paces on an exercise bike while monitoring his heart rate on a monitor.

In reaction to the update shared on Twitter by City Xtra, many Man City fans have expressed their thoughts and opinions.

Man is still gonna bench, Cancelo is there

Gonna be hard to work his way back in due to Cancelo’s top form currently.

I really want to see him play his natural midfield spot this season. He’s really great there.