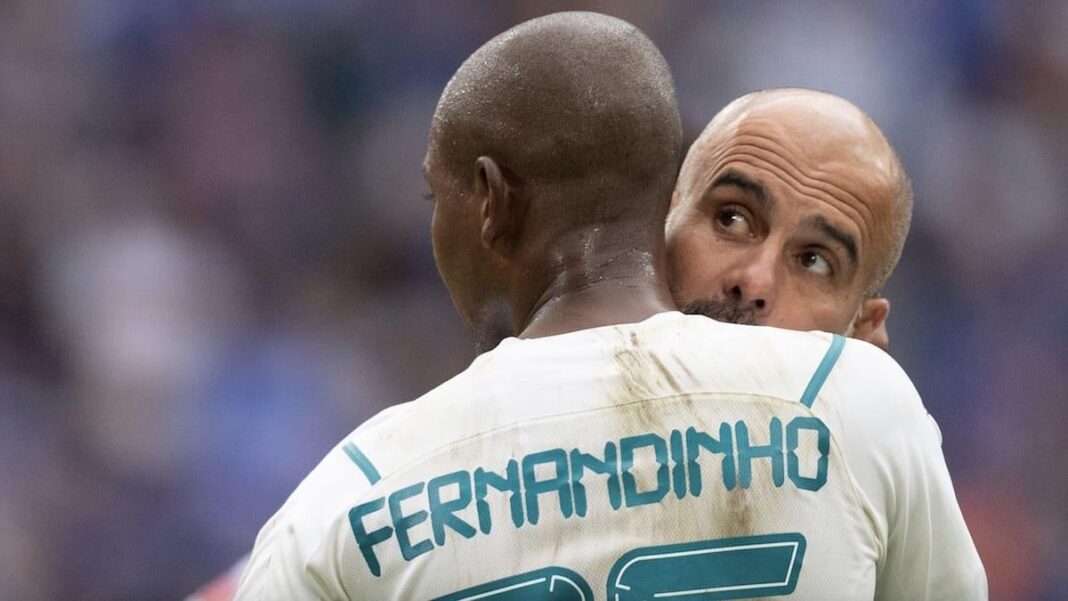 Manchester City are reportedly weighing up a move for Barcelona midfielder Nico Gonzalez as a replacement for Fernandinho.

The 19-year-old has already made six appearances for the senior team this season including five outings in La Liga, and is evidently attracting attention.

The Nico has a contract at Camp Nou until June 2024, but Barcelona’s financial problems has placed them in a difficult position when it comes to improving the deals of their highly-rated youngsters.

According to Fichajes, Pep Guardiola has requested Manchester City to sign him as a Fernandinho replacement.

With Fernandinho entering the final juncture of his career at 36, the Premier League winners will be left a little thin in that position and Nico could turn out to be the long-term solution to the problem.

The highly-rated youngsters is a modern-day defensive mildfielder who offers a lot of mobility from the centre. Additionally, he can offer his services as a central midfielder.

Gonzalez featured on 27 occasions for Barcelona B before making the breakthrough into the first team, and he played 45 minutes of Saturday’s La Liga clash with Atletico Madrid at Wanda Metropolitano.