‘Easy win now’, ‘He is the heart’ – Many Man City fans reacts as uncertainty surrounding PSG player’s availability for the trip to the Etihad on November 24 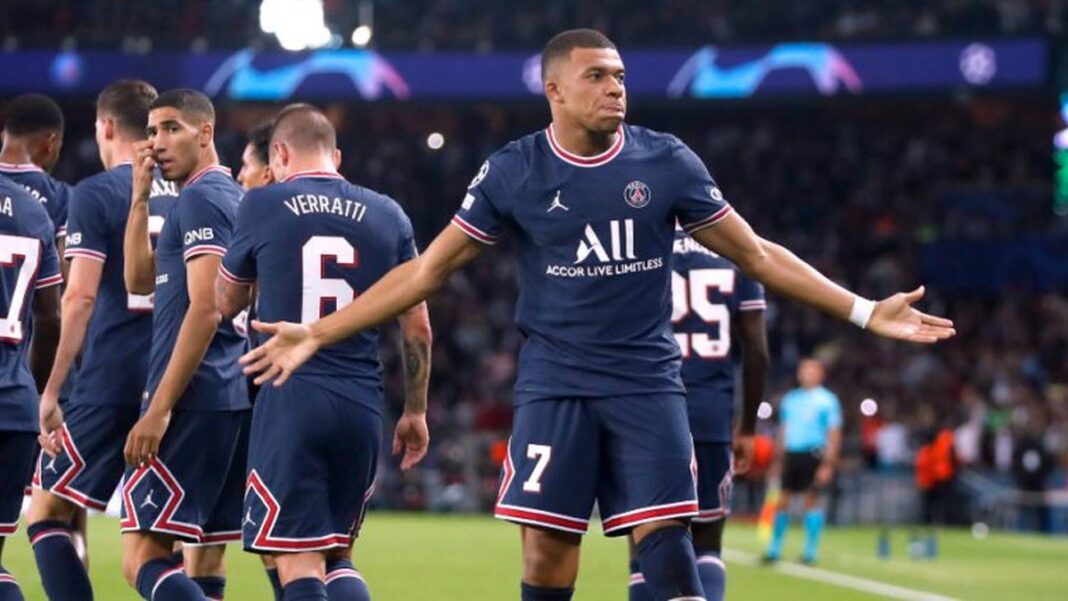 A host of Manchester City fans have delivered their verdict on Marco Verrati‘s injury situation ahead of their upcoming Champions League clash against PSG.

The Paris Saint-Germain midfielder is expected to be out for four weeks after sustaining a hip injury during their clash with Marseille on Sunday.

Verratti was replaced late in the first half of Sunday’s 0-0 game and is set for another spell on the sidelines, having already missed a month of the season with a knee injury.

A PSG released a statement saying: ‘Following a shock received during the last match, Marco Verratti suffered a deep lesion of the oblique muscles in his left hip. An unavailability of 4 weeks is expected depending on the evolution.

The 28-year-old will be unavailable for Ligue 1 games against Lille and Bordeaux and the Champions League match at RB Leipzig on November 3.

He faces a race against time to be fit for the trip to Manchester City on November 24 after the international break.

The loss of Verratti will come as a big blow to PSG as he controls the middle of the park for the French side.

The uncertainty surrounding Verratti’s availability has sent City fans wild on social media, with plenty of the club’s supporters voicing their opinions on the mildfielder.

We will win now

No Verratti. We should be winning this with ease. He is the heart of that PSG team

I want their squad at full strength. So when we win, they don’t make excuses

Share
Facebook
Twitter
Pinterest
WhatsApp
Previous article‘Knows ball’, ‘Our own Gary Neville’ – Man City Fans react as club Icon Calls Out for Raheem Sterling Future to be Sorted Soon
Next article‘Yesss’, ‘would be cool’ ‘Puma finally see the light’ – Fans excited as details of Man City’s away kit for 2022-2023 ‘leaked’