‘He’s one of our own’, ‘Ready to step up’ – Man City fans reacts as Ferran Torres shrugs off Barcelona rumours 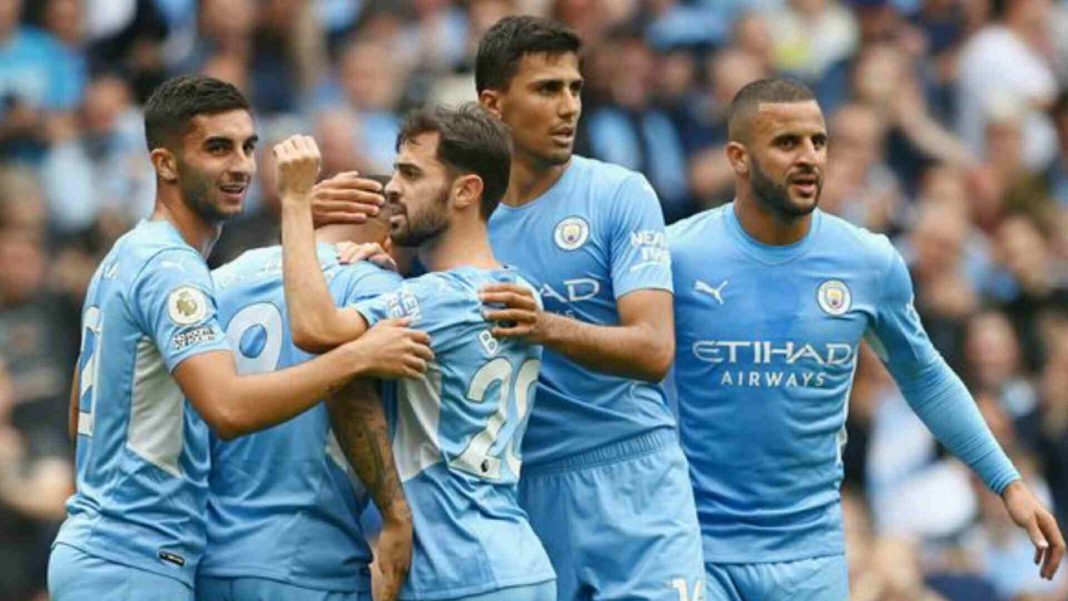 Manchester City attacker Ferran Torres has played down suggestions that he could move to Barcelona during the January transfer window.

The 21-year-old has scored three times and registered one assist in seven appearances for the Citizens this season, while he netted twice for Spain against Italy in the UEFA Nations League semi-finals on Wednesday.

Barcelona have long been linked with the attacker, and various reports have claimed that the Catalan giants could attempt to sign him on loan in January.

However, Torres has branded talk of a move to Camp Nou just “rumours”, with the Spaniard enjoying himself in Manchester aside from the weather.

“There are always rumours, a thousand come out every day,” Torres told Radioestadio noche. “Now I am enjoying being able to go out more to see Manchester, it is a city in which there are things to do. The only downside I would put is the weather.”

These Torres’ comment has prompt Plenty of Sky Blues to react on social media.

Knows where he has to be 💙.

He is ready to step up

Weather’s the only thing that is gonna cost us ffs get an artificial sun already!!!!!

Don’t like the sound of that! and with his stock rising in Spain and the limited playing time he get’s here – I wouldn’t be surprised to see him go to Barca, Madrid or Atletico in the near future.