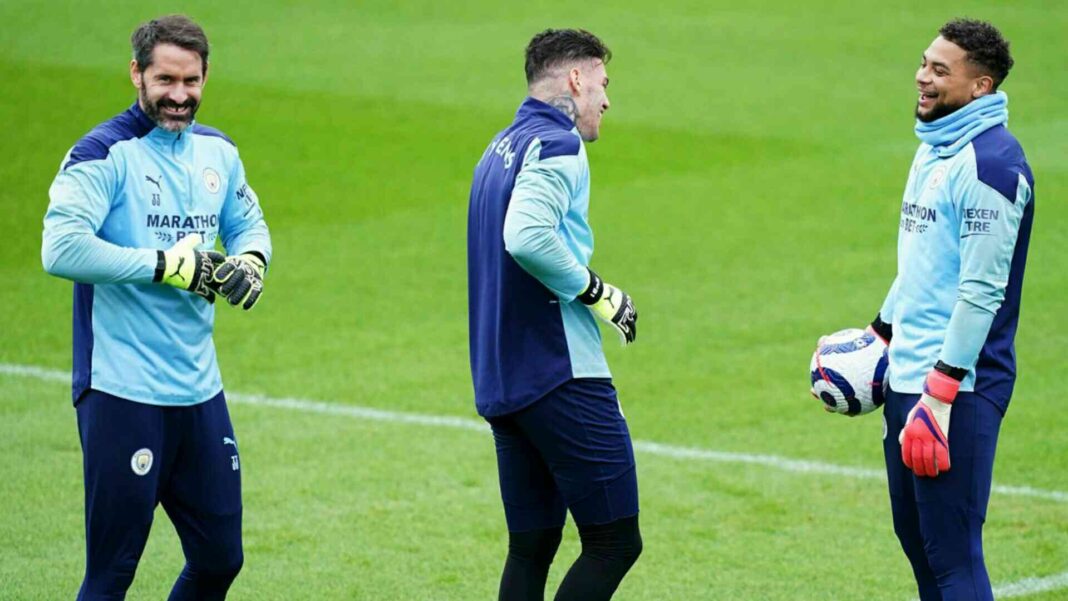 Manchester City goalkeeper Zack Steffen has opened up on his reaction to when the premier leaque champions first approached him.

The American international was signed from MLS side Columbus Crew by Man City in 2019, and then spent the subsequent season on loan at Fortuna Dusseldorf in Germany.

He has since returned to back up Manchester City’s number one choice Ederson, and has featured in Pep Guardiola’s starting eleven more than he may have anticipated in his debut season in England.

Speaking to Sky Sports, Steffen revealed that he when he first heard about Pep Guardiola and Manchester City wanting him, he believed it was a joke.

Very few players have made the jump from Major League Soccer straight to one of the elite European clubs, and Zack Steffen was quick to point out just how surreal that move has been for him.

You can see the full video below:

🗣 “I thought it was a joke! It was very surreal… I just couldn’t believe it”

The United States international was speaking to Sky Sports as part of #BlackHistoryMonth pic.twitter.com/k2TpAEssMK

Share
Facebook
Twitter
Pinterest
WhatsApp
Previous article‘Please’, ‘This is a steal’ – Many fans desperate for Man City to sign Denis Zakaria
Next article‘Knows ball’, ‘Our own Gary Neville’ – Man City Fans react as club Icon Calls Out for Raheem Sterling Future to be Sorted Soon