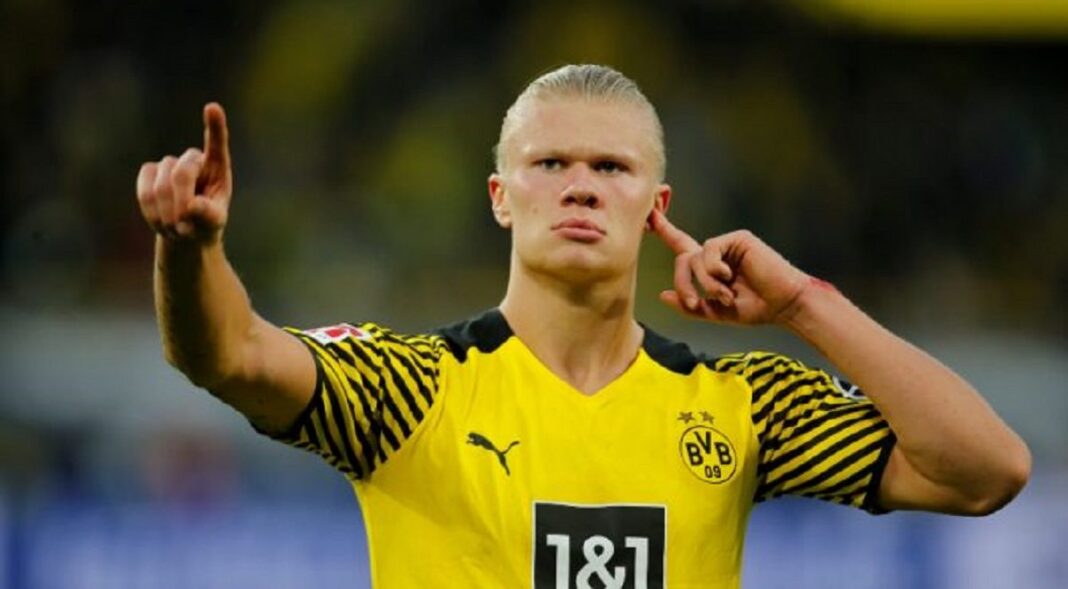 Manchester City fans have been reacting to a post on Twitter which relays a report that claims the Premier League champions are in the lead in the race to sign Erling Haaland next summer.

Haaland has become one of the most sought-after players in the transfer market since making his breakthrough at Red Bull Salzburg a couple of years ago.

Since then, he has made his way to Borussia Dortmund, joining the Bundesliga giants in January 2020. And in nearly two years since, he has established himself as one of the best strikers in the game.

Such remarkable progress in Germany has invariably put the Norwegian goal machine on the radars of many European football clubs, with Manchester City and Real Madrid among his most likely suitors.

Guardiola’s side were linked with a swoop for Haaland last summer, but were put off by Dortmund’s £150m price tag as the Bundesliga side wanted to hold onto their prized asset.

According to SportBild as relayed by Sport Witness, Man City are ‘getting hotter’ for Erling Haaland, whereas Real Madrid are now going ‘colder’.

The €75M+ transfer fee is no problem for Man City, and neither is the high salary – with Mino Raiola asking for up to €50M per year.

The report claims that the chances of Haaland staying at Borussia Dortmund beyond next summer, when his exit clause becomes active, are ‘extremely slim’.

€50m/year?
Even Messi earn less than that!