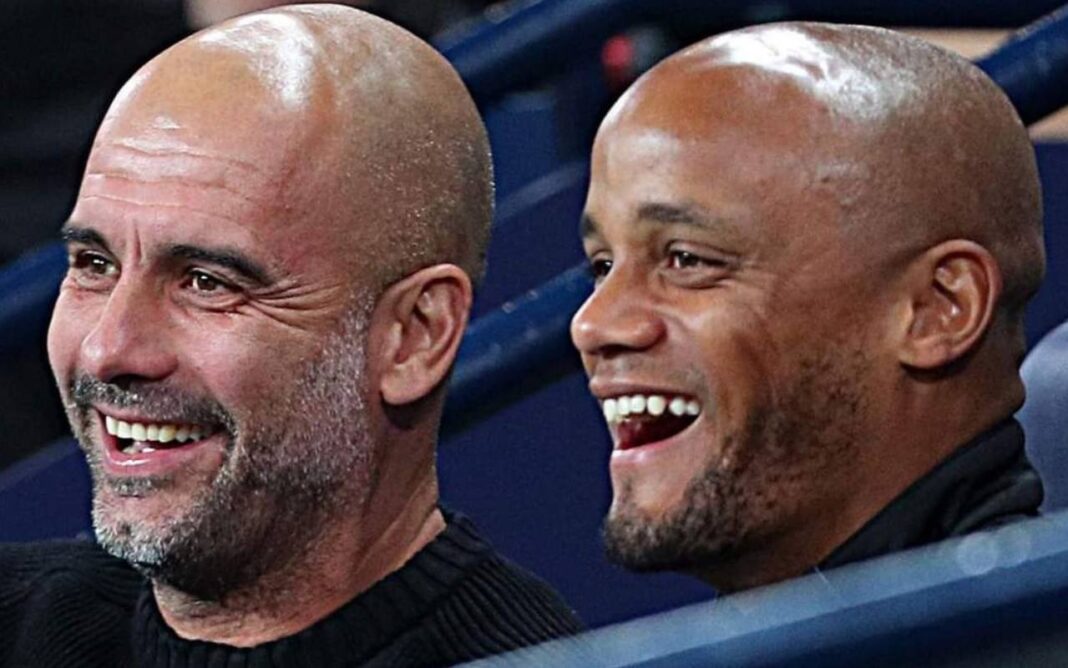 Pep Guardiola has revealed that he received tactical information from former captain Vincent Kompany, who is now the manager of fellow Belgian side Anderlecht, ahead of Manchester City’s 5-1 Champions League win over Club Brugge.

The reigning Premier League champions delivered a magnificent performance from start to finish to put themselves second in Group A.

They were utterly dominant against their Belgian opposition, who showed flashes of talent but struggled to impose themselves on the game.

The reigning Premier League champions cruised into a 4-0 lead before Brugge pulled one back, but a fifth goal late on added some gloss to scoreline.

Speaking after the game, Pep Guardiola revealed he had received advice on Club Brugge from former City defender Vincent Kompany, who is in charge of Anderlecht.

“We were so good. It was one of the best performances we have done in Europe,” Guardiola told reporters.

“I am not going to underestimate Brugge. I know them quite well.

“I spoke with Vincent Kompany and he gave me some info. He knows Brugge better than me.

“He said be careful in the final third, they have a fast central defender, especially the left one.

“I think we made a really good performance in many aspects so they could not be who they are. I know perfectly well who they are.

These Guardiola’s comment on Kompany, who won four Premier League titles during his 11-year spell at the Etihad, has prompt some Sky Blues to react on social media.