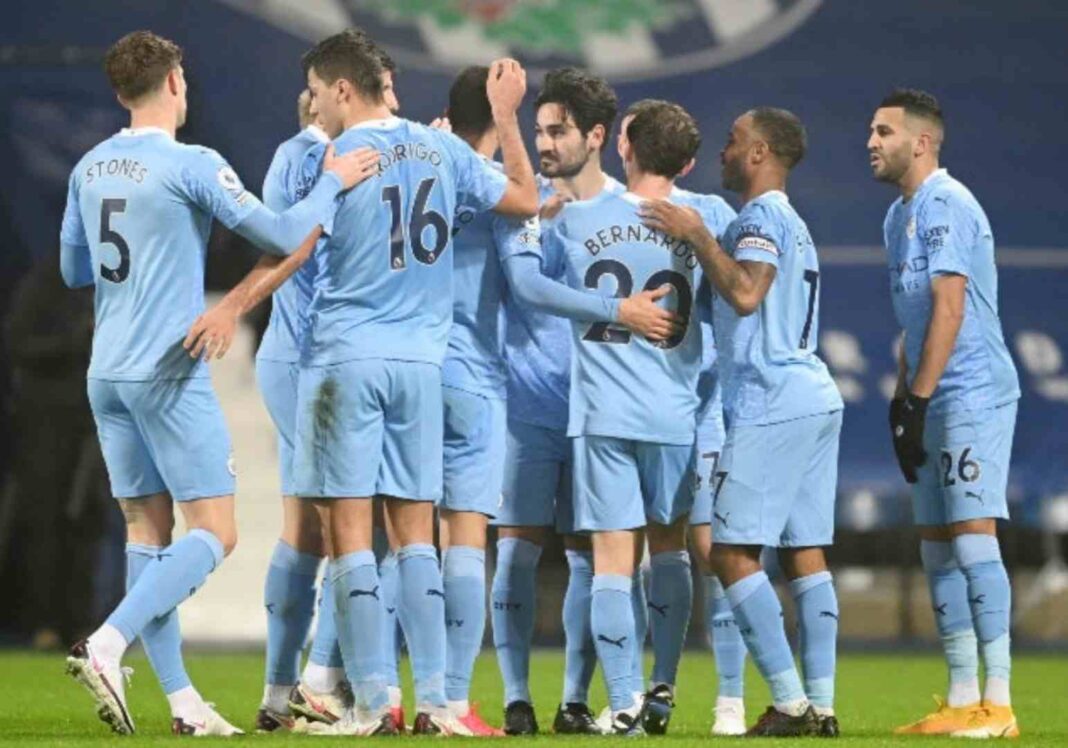 The list, officially unveiled today, includes an impressive five players from the European Champions with five Man City first-team stars nominated for the 2021 edition of the Ballon d’Or

As per France Football’s announcement on Friday, Kevin De Bruyne, Ruben Dias, Phil Foden, Riyad Mahrez and Raheem Sterling were named within the final 30 nominees for the 2021 Ballon d’Or award alongside the likes of Kylian Mbappe, Lionel Messi, Neymar, and Cristiano Ronaldo.

After a season of major domestic success, in the form of a third Premier League title in four seasons and a fourth consecutive Carabao Cup title, it comes as no surprise to see several of Pep Guardiola’s squad nominated for high-profile awards.

However, the inclusion of Raheem Sterling, who has been heavily criticized recently, has left fans in some form of disbelief.

Here is some of the best reaction on social media from fans of rival Premier League clubs.

This nomination shows that the BallonDor is a joke.

People already forgetting the Euros he had🤦

And some people never rated him. Madness

Best player at the euros. Deserved in my books

I’m not sure I get it but I’ll take it. The more City players represented the better pic.twitter.com/ezSIr9jPJW