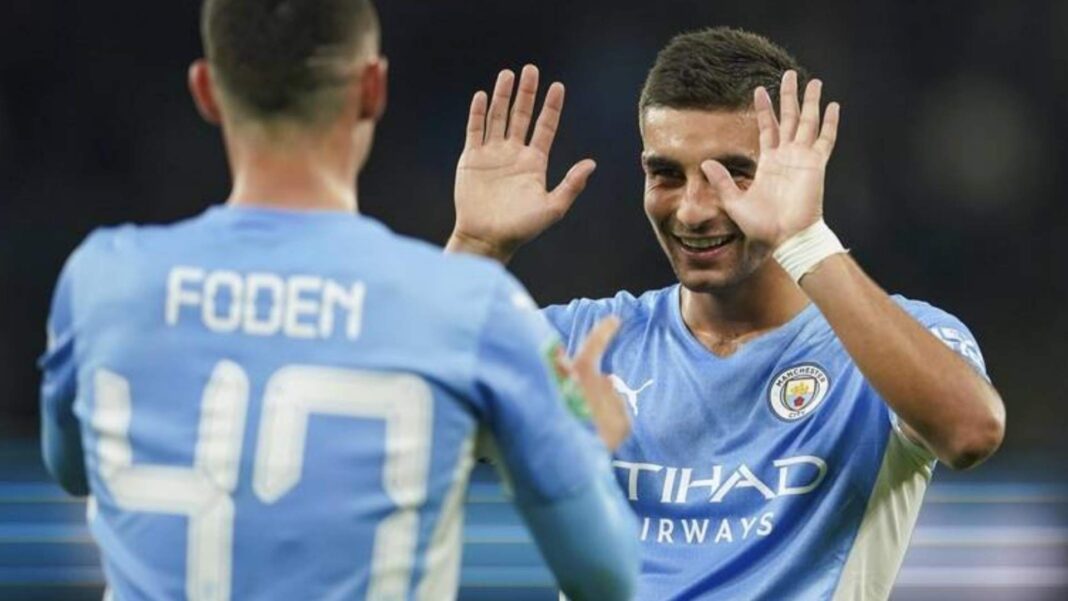 Manchester City fans have been reacting to a post on Twitter which relays a report that claims Ferran Torres will be a Real Madrid player sooner or later.

Torres’ two goals in Wednesday’s win over Italy continued his clinical international form, with the 21-year-old having netted six of his last seven on-target shots for Spain.

The two goals in Spain’s 2-1 win at European champions Italy were not ordinary finishes. They were lethal executions you’d expect from a top class striker.

It is believed that this Ferran Torres’ latest performance for Spain is attracting further interest from Real Madrid.

The Spaniard had four previous near-misses with the Bernabeu, and his latest performance for Spain will only have drawn more attention to his outstanding promise.

The Galacticos have a history of hoovering up the continent’s best talent, and the City forward certainly falls into that category.

According to AS, a relationship between Torres and Real Madrid is bound to emerge ‘sooner or later’.

Madrid have come close to signing Torres on four previous occasions. Three of those were during his youth days at Valencia.

They also reportedly rivalled City for his signature back in 2020 until the Blues ultimately showed more commitment to getting the deal done.

We don’t just sell our players that way

If Torres continues to show the instincts he showed for Spain on Wednesday night, he could be the man to put away those opportunities – to fill the hole left by Sergio Aguero that was reserved for Kane.