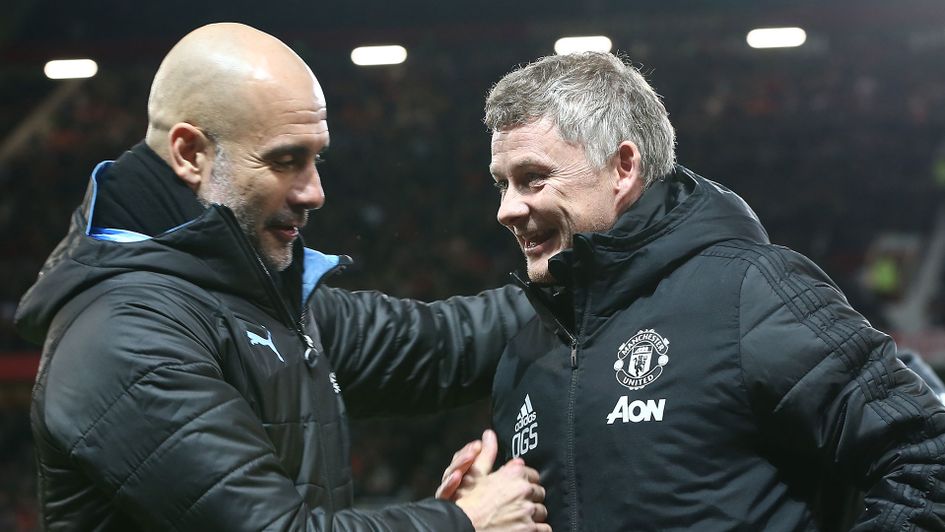 Manchester City manager Pep Guardiola has wished Ole Gunnar Solskjaer all the best, after the Norwegian was sacked by Manchester United this weekend.

Solskjaer was dismissed from his post after overseeing a disastrous run of form that saw a return of five defeats from seven league games, his last a 4-1 defeat away at newly-promoted Watford.

The former United striker lasted just under three years in the role, though the first three months of his reign as Red Devils boss were completed as an interim.

Following confirmation of Solskjaer’s dismissal on Sunday, Manchester City boss Pep Guardiola had a message of support for the former United manager, and conceded how the Norwegian often got the better of him.

The pair faced each other nine times over the course of their shared stint together in Manchester, with the United boss registering four wins.

Speaking following Manchester City’s 3-0 win over Everton at the Etihad Stadium on Sunday afternoon, Pep Guardiola said, “I wish him all the best. It was a pleasure to play [against] him. He beat me more than I wanted.”

“He knows, like I know, when you’re in charge of a team like United, City, Chelsea, Tottenham, Liverpool, you have to win. I’m still here because I won. Otherwise, it’d be another person here. Hopefully one day we can see each other again.“

These Guardiola’s message to Ole Gunnar Solskjaer were shared on Twitter by City Xtra, and it attracted plenty of attention from the supporters.

He is right tbf, Ole got us numbered man.
The players let him down, he was trying his best, and even took them to a final, and they have finished second in the PL.
How can u win a title with Maguire…

Ole framing this quote next to his bed