‘Better than Neuer’, ‘Ederson haters in the mud’ – Many Man City Fans react to Guardiola’s best modern stopper he’s ever worked with 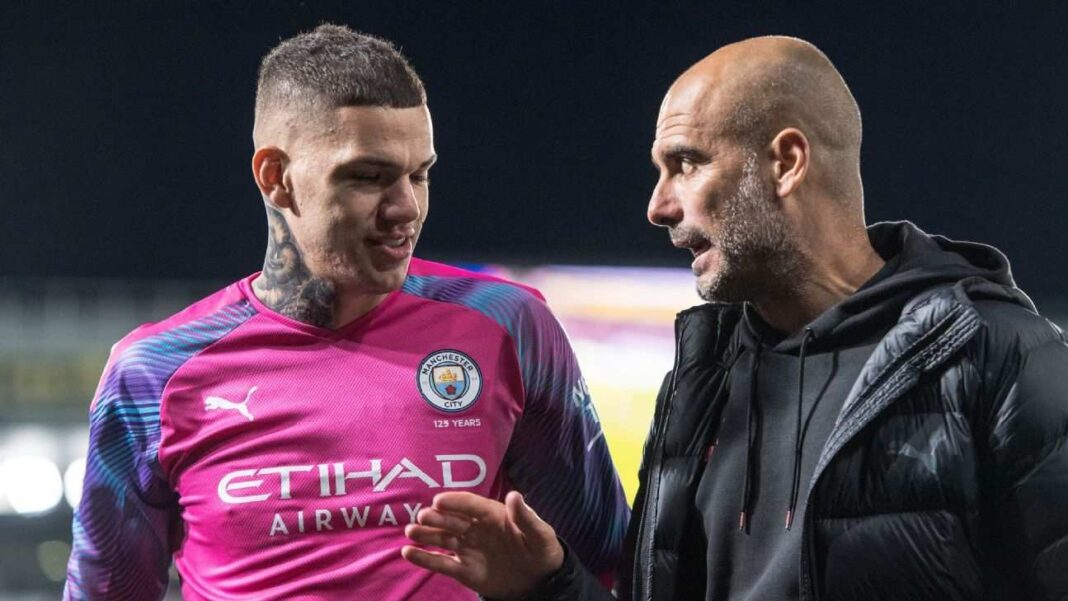 Pep Guardiola has said Ederson is the best goalkeeper he’s ever worked with when it comes to having the ball at his feet.

A new documentary chronicling the life and career of Ederson is set to be released on CITY+.

The Brazilian’s story will be told in a self-titled three-part series which charts the 28-year-old’s journey from his earliest days in South America through to becoming one of the best goalkeepers in the world at Manchester City.

Following the news this week, Guardiola was asked on Friday about Ederson impact at the club and whether he is in fact the best goalkeeper he’s worked with, in terms of in possession.

“Yeah,” the 50-year-old responded after a few seconds thought and explained how his goalkeeper excels at one area which is vital to a modern stopper.

“For the quality of the pass, and especially with the right moment to give the pass because it’s not the quality, it’s the moment you have to do it. He has the patience and [knows] the right positions to do it.”

Asked if Ederson can sometimes take too many risks in possession, Guardiola responded: “Yeah, but when it works everyone says how good it is. After, when he makes some mistakes, we can not blame him because he gave us many good things.”

These Guardiola’s comments on Ederson were shared on Twitter by City Xtra, and it attracted plenty of attention from the supporters.

That sums up Pep. He is more interested in creativity than anything else, even with his keeper 👍 https://t.co/yTYGY81Ng6

Ederson haters in the mud

Ederson is excellent passer, how about some shot stopping mf

This man worked with Valdes and Neuer. I’m not one to tell Pep Guardiola that he’s wrong, but he’s wrong. https://t.co/tXZqzNBCen