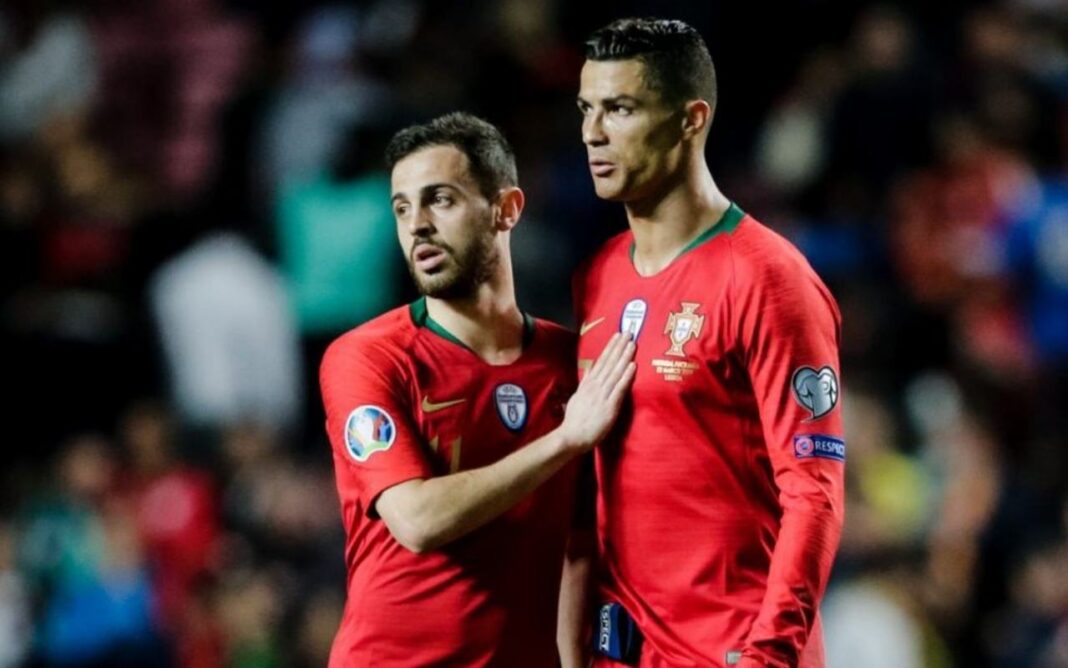 Portugal were beaten by Serbia in their final World Cup qualifier, and must now contest a play-off in March to reach Qatar 2022.

Many Sky Blues believe it could have been different had Bernardo Silva remained on the pitch. The Manchester City star was brought off for Bruno Fernandes just past the hour mark with the score at 1-1.

Silva’s performance last night was similar to many we have seen from the City star this season. With the playmaker pulling all the strings for Portugual.

The 2016 European champions got off to the best possible start when Renato Sanches fired them into a third minute lead from Bernardo’s neat assist.

However, a 33rd minute equaliser from Dusan Tadic set the nerves jangling in the Portuguese capital with Serbia also having a first half strike disallowed for offside.

Bernardo was substituted just past the hour mark but with the clock winding down it looked as through Portugal would hold on for the draw and so seal their World Cup finals berth.

But in injury time, Fulham striker Aleksandar Mitrovic rose to head home a dramatic winner to stun the Stadium of Light and propel Serbia into top spot, so forcing Portugal to go to a play-off.

Speaking after the game, Bernardo Silva apologised to Portugal fans after the team threw away the 1-0 lead and scuppering their chances of automatic World Cup qualification.

“It was a bad game for Portugal,” he said. “We managed to score the goal early but from then on we stopped playing. I cannot find a great explanation for this, words fail me.

“I apologise to the Portuguese [fans] who watched a game they shouldn’t have watched. The plan was to try to have the ball, we were completely dominated by Serbia. With the quality of our players this is hardly admissible.”

With the midfielder again having an impressive match, Some City fans have praised his performance against Serbia as Premier League stars Cristiano Ronaldo and Diogo Jota endured quiet games before Mitrovic’s header won it for Serbia.

Took out Bernado and the game went away

Bernardo comes off and they lose no surprise

Bernardo was the best Portuguese player before coming off wrongfully