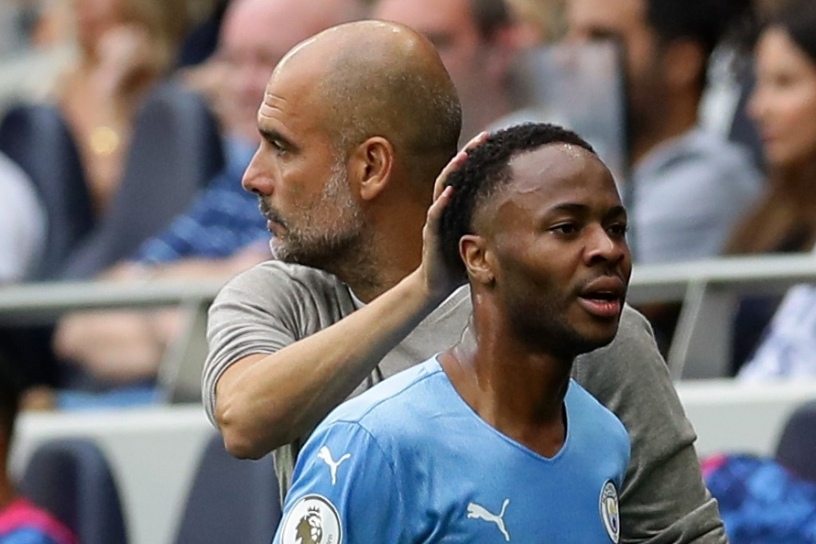 Pep Guardiola has clearly had enough of being asked about Raheem Sterling’s future, having been quizzed in Barcelona last week.

The England international has been linked with a move away from the Etihad in recent times as he’s entered the final two years of his deal.

During his pre-match press conference for the weekend’s Premier League match against Everton, a journalist broached the subject once more.

Aside from telling him straight away not to ask the question again until at least the end of the January transfer window, he also intimated that he would refuse to answer any more questions relating to that precise situation because his focus was only on upcoming matches.

“Don’t ask me from now on until the last day of the window about transfers because I’m not going to answer,” said. Guardiola

“It is not my business and it is not our business – Raheem’s either. Our business is Everton, PSG, West Ham, and the rest.

“I’m not going to answer any questions about what is going to happen in the future because I don’t know. And I am not concerned for one second.”

Sterling has seen his game time somewhat reduced this season following the summer arrival of Jack Grealish and emergence of Phil Foden.

He’s scored just two goals in all competitions so far this term and is some way off matching the numbers he’s reached in previous campaigns.