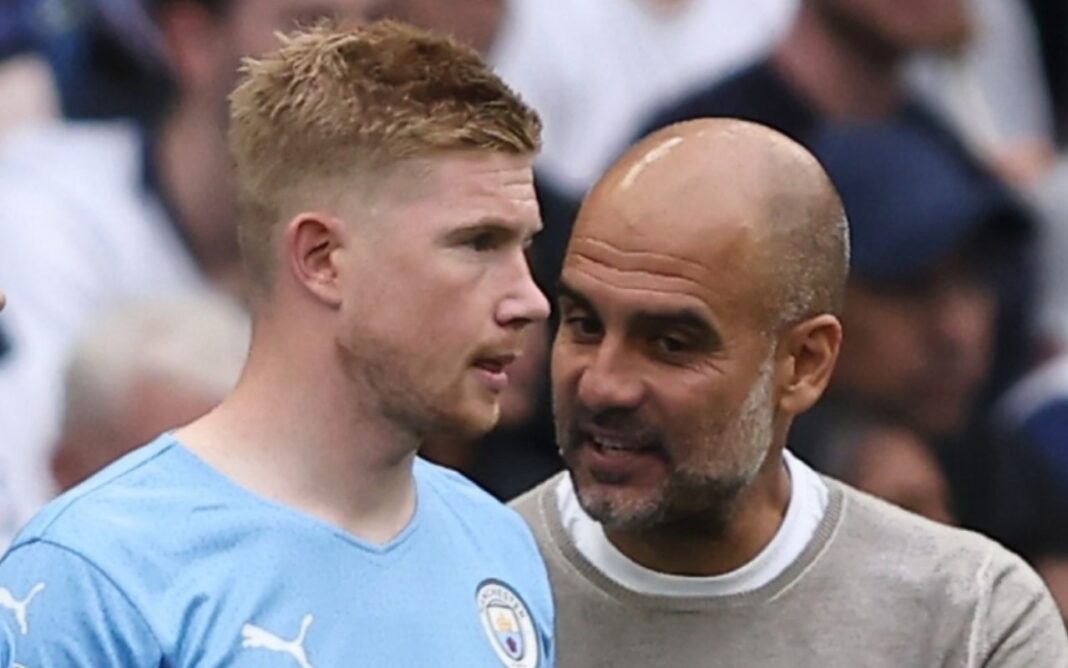 Guardiola has helped take City to new heights since his appointment back in the summer of 2016 and is widely acknowledged as one of the best managers in the world.

And under Guardiola, Kevin de Bruyne has established himself as one of the finest midfielders in Europe.

The Belgian, speaking on the MID MID podcast, revealed that Guardiola is so intense before a match that he often forgets to name the team.

“We always have a meeting before a match and Guardiola will then say ‘we are going to do this and this and that, let’s go!’” he told the MIDMID podcast.

“And then we say: ‘Hey, Pep, who is playing?’ He forgets sometimes. For him winning is important. But his philosophy is even more important.

“Many people don’t understand this. Pep would rather lose with his football principles than get a win from counter attacking tactics. He loves attacking football so much.”

These De Bruyne’s comments were shared on Twitter by @City_Xtra, and it attracted plenty of attention from the supporters.

Makes sense why Rodri didn’t play in the final https://t.co/Hu6fKqKHdp

Must’ve forgotten to play a DM in ucl final

he forgets to play rodri in ucl finals…

Explains why Rodri was absent from the UCL final 😂

💯% believed he must’ve forgotten to put DM in ucl match 😂

This is why he’s the greatest manager of all time