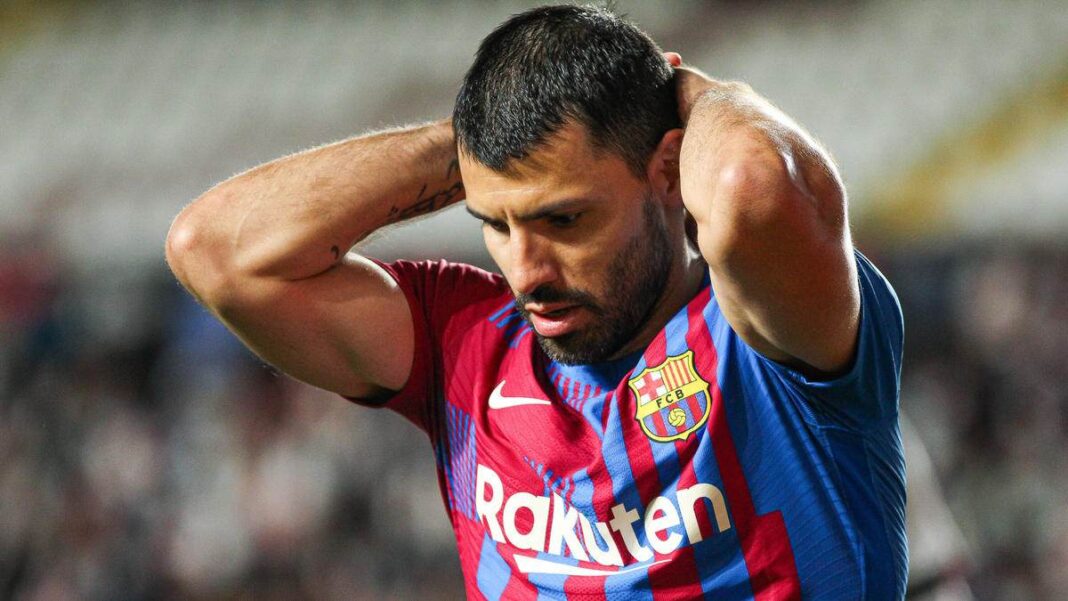 Sergio Aguero has reportedly made the decision to retire from professional football on medical advice.

Aguero has endured an injury disrupted start to life in Catalonia this season with his delayed club debut only coming on October 17.

However, he was forced off in La Blaugrana’s 1-1 draw with Alaves on October 30, amid reports of breathing problems during the game, and was ordered by doctors to rest until the new year after he was diagnosed with a heart arrhythmia.

Aguero was not believed to be considering retiring as a professional, but the former Manchester City striker appears to have been forced to hang up his boots due to his health.

According to The Telegraph, as well as reports in Spain, the Manchester City’s all-time leading goalscorer is now set to hang up his boots, bringing a stunning career which has included five Premier League titles to a close.

Fellow journalist Fabrizio Romano also posted on the social media platform to back up Romero’s initial report, adding: “The decision has been made and Barcelona have been informed. Barcelona press conference to clarify the situation expected next week.’

Aguero has only featured five times in all competitions for Barcelona due to a previous calf injury and is set to retire having scored just one goal for the Blaugrana in El Clasico.

The 33-year-old left Manchester City as their all-time record goalscorer with 260 strikes in 390 games, as well as boasting 41 goals in 101 games for the Argentina national team.

The news was shared on Twitter by City Xtra and it attracted plenty of attention from the club’s supporters, who took to the social media platform to share their thoughts and opinions.

Can’t believe such a legend is going to retire for something that is out of his control. Love you @aguerosergiokun I wish you luck on your next chapter. https://t.co/LheETPEUjE