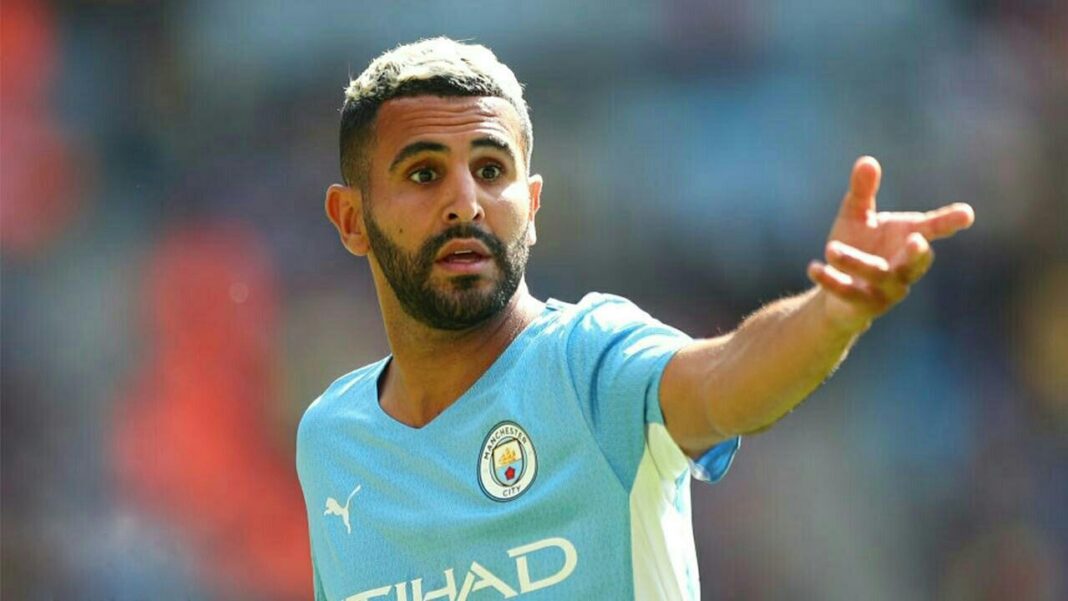 Manchester City fans have been reacting to a post on Twitter which relays a report that claims Riyad Mahrez could leaves the Etihad during the upcoming January transfer window.

Mahrez is Manchester City’s leading goalscorer this season with eight goals in 15 matches in all competitions.

But the Algerian has only two league starts for Guardiola’s side so far this season and was left on the bench in the league ties against Liverpool and Manchester City.

According to information of Santi Aouna for Footmercato as relayed by Sport witnesses, whilst Riyad Mahrez has been ‘decisive‘ for City, the forward could leave the club in the upcoming winter transfer market as he is not an ‘essential‘ member of the team.

However, Mahrez according to City Xtra has labelled the report as “fake” and that there is no chance of him leaving the club in the upcoming transfer window.

Italian Journalist Fabrizio Romano has also confirmed Mahrez is not planning to leave as things stand, with Algerian still determined to fight for a place and stay at Man City with Pep Guardiola.

In reaction to the reports shared on Twitter by City Xtra, many Man City fans have been expressing their thoughts and opinions.

Gave me a heart attack, he is such a good winger

Fighting for a place after proving himself season after season. This is sad

He is not fighting for a place, he isn’t even dropped, Pep is still mitigating the no striker issue by trying out different forward partnership. Mahrez is class and we rely heavily on him when things aren’t working as planned to rescue and he delivers most of the time