‘Get it done’, ‘Better than all of our wingers’ – Some Arsenal fans want Mikel Arteta to sign £50m Man City star 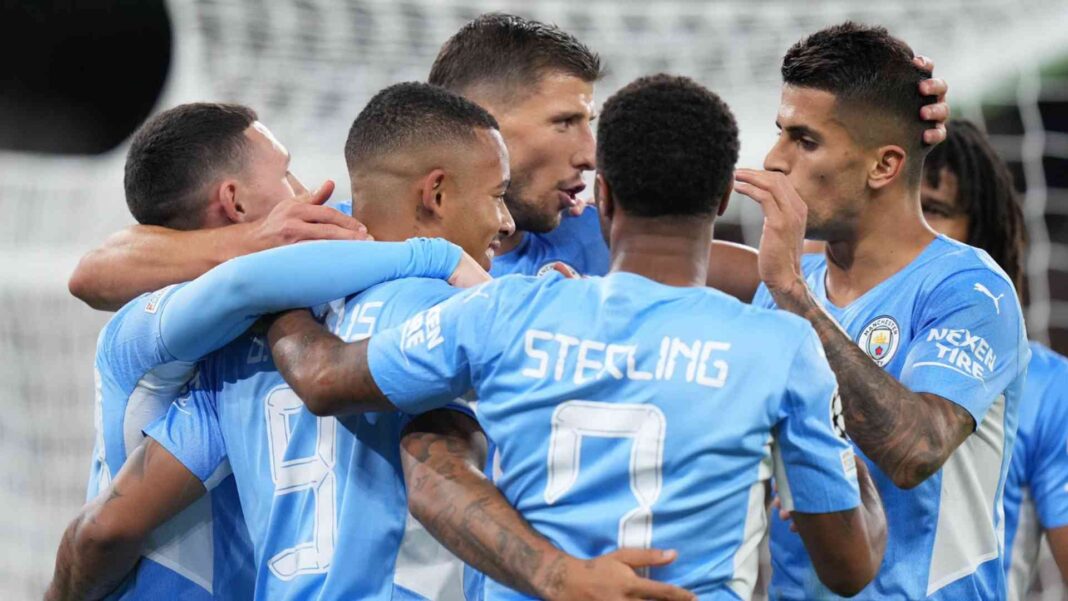 ‘Such great news!’, ‘Massive for us’ – Many fans react as Man City handed major boost as defender return to training ahead of Westham...

Arsenal fans have been demanding the Gunners to sign Manchester City winger Raheem Sterling after Fabrizio Romano claims Mikel Arteta has identified him as perfect for Arsenal.

The England international has struggled to hold a key role in Pep Guardiola’s plans so far this season, and has only started eight of his 17 appearances in all competitions.

Sterling, who has been linked with a move to Arsenal, is reportedly frustrated with his lack of playing opportunities at the Etihad Stadium this season and is keen to ply his trade elsewhere.

With Sterling set to have just one year remaining on his contract come the summer, speculation around Sterling’s future has already begun to swirl with a handful of reports even indicating that the winger is open to the idea of moving to Barcelona.

Speaking to the Arsenal Lounge, Romano says that Arteta is “in love” with Sterling and is “convinced” that he would be ideal for the Gunners.

“For Sterling, it is about the contract. Man City have been clear with him – extend the contract, or we will try to sell you in January or next summer.

“It’s true, Arsenal would love to have him. Mikel Arteta is in love, he is convinced he would be perfect. Man City want more than £50million.”

These Romano’s claims has attracted plenty of attention from Arsenal fans, with many appealing to their club to make a move for Sterling ahead of the January transfer window.

He would be the perfect signing imo. Arteta knows him pretty well and he could take us to the next level.🔥 https://t.co/joazw8gNQF

Arteta getting him then

Raz x saka we might win the league again uno 🤩🤩

Think we should do a straight swap for Pepe ngl… seems fair right…?

Raheem Sterling & Kalvin Phillips should be playing for us next summer at any cost. #AFC @Arsenal @m8arteta pic.twitter.com/CGsirosA7C

50? That’s a steal @joshkroenke get it done la

Absolutely ridiculous to being him.

Whatever Arsenal fan that don’t want Sterling is a joker. Better than all of our wingers already.