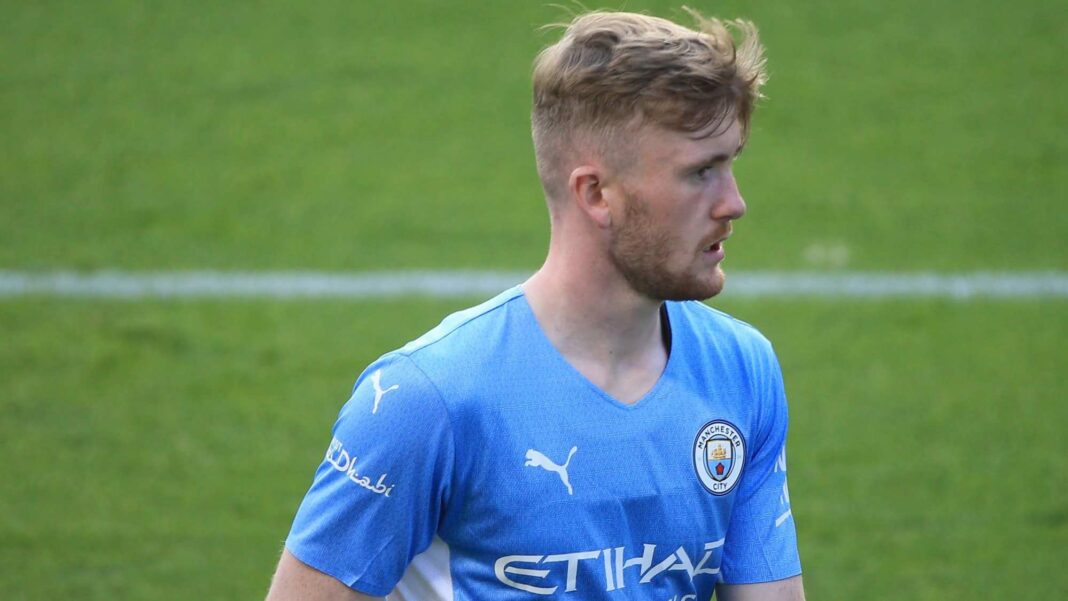 Manchester City Fans have been reacting to a post on Twitter, which relays a report that claims Hamburger SV are considering extending Tommy Doyle‘s loan for another season.

Doyle joined the 2.Bundesliga side on a season-long loan in August but spent his first three matches as an unused substitute. So far, be has made five appearances in Bundesliga II, all of which have come from the bench.

However, the Manchester City loanee has still been directly involved in two goals in his limited time on the pitch, with one goal and one assist.

According to Hamburg-based outlet Abendblatt as relayed by Fussball Transfers, Hamburger SV are contemplating the prospect of re-signing Tommy Doyle on loan for the 2022/23 season.

The report says that the future of Doyle will much depend on whether he will feature in Pep Guardiola’s plans for Manchester City’s first-team next summer.

In the City Football Group era, loan moves have tended to mark the end of the line for players insofar as their first-team prospects in Manchester are concerned.

Also Read
Report: Pep Guardiola ready to sanction Raheem Sterling departure on one condition
‘Why would he downgrade’, ‘pain pain’, ‘might just cry’ – Many Man City fans react as Barcelona ‘close agreement’ with Ferran Torres
‘We’re massive’, ‘He is already a Mancunian’ – Many Man City Fans react to Guardiola’s comment on exit plan

But hopes remain high for Doyle, who has City very much in his blood as the grandson of club greats Mike Doyle and Glyn Pardoe.

Isn’t good enough to be starting for us probably never will be.

Needs to be in hamburgs first team plans for starters

The burgers can’t even guarantee they get back in the Bundesliga he needs a better move already https://t.co/iqgWFhqxlE

Share
Facebook
Twitter
Pinterest
WhatsApp
Previous article‘Noooooo’, ‘This is genuinely an insult’, ‘Protect him Txiki’ – Man City fans react as Star ace a target for 17th-place European side
Next article‘Gave me a heart attack’, ‘What a player!’ ‘glad he’s staying’ – Many Man City fans react to Riyad Mahrez transfer Rumours