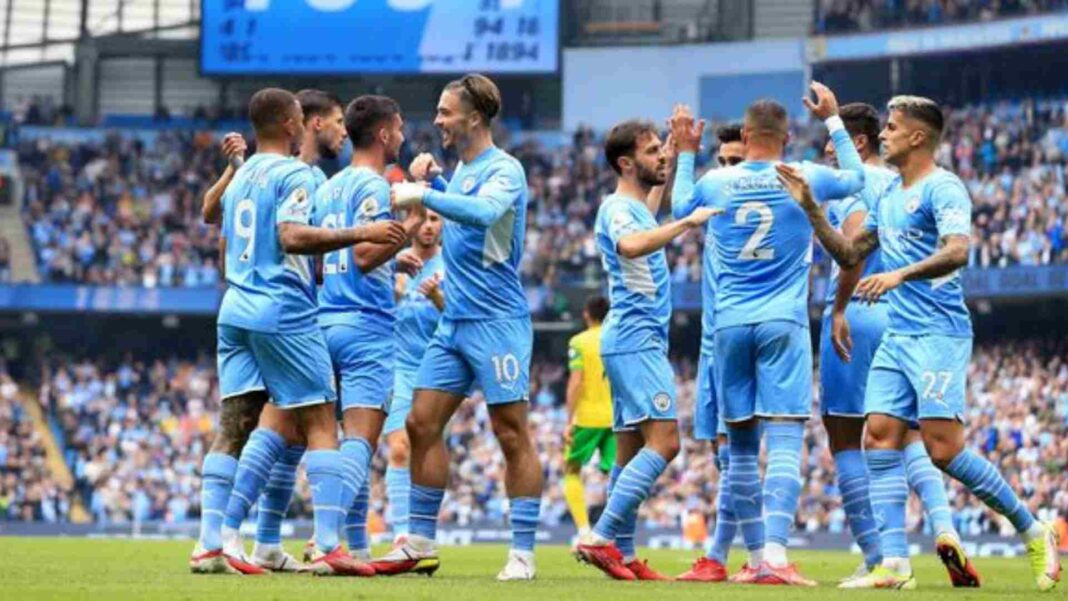 Manchester City prepares to host Everton in their next Premier League match, as the Cityzens get ready to earn another 3 full points.

It will be 15 days since Pep Guardiola’s men were last in action, when they won 2-0 in the Manchester derby, and they return to club action three points off league leaders Chelsea, although that could increase depending on the London club’s result away to Leicester City on Saturday.

Meanwhile,  Everton were able to get a point from Tottenham in the last match before the third international break, and will be looking to improve upon the form over the last month.

The task is made more difficult coming back as the opponent is the defending Premier League champions, Manchester City.

Despite Man City’s impressive form of late, they have dropped points in two of their last three home league games and lacked an attacking edge in the recent 2-0 loss to Crystal Palace.

Ahead of the match, popular BBC pundit Mark Lawrenson has predicted the outcome of the game.

He is “worried” about Everton’s recent slump in form, and has predicted a 3-0 defeat for the Toffees.

“Everton lack a threat without injured striker Dominic Calvert-Lewin but it is at the back that I am more worried about them at Etihad Stadium. I don’t see the Toffees scoring, or keeping City quiet either,” wrote Lawrenson for BBC Sport.

While Ferran Torres stepped up his recovery from a foot injury during the international break, he’s still a long way from returning to the first-team set-up.

Meanwhile, there are doubts surrounding the fitness of Jack Grealish and Cole Palmer after both picked up knocks during the latest hiatus from club action, although neither problem is believed to be long-term.

Kevin De Bruyne missed training during the week but there is no indication of a problem for the Belgian, while Bernardo Silva and Raheem Sterling are expected to be available despite missing games for their respective nations over the recent break.