‘Invest in a striker’, ‘can’t see anyone displacing Cancelo’ – Some Man City fans react as club ‘Drawing Up Plans’ on Left-Back Signing for 2022 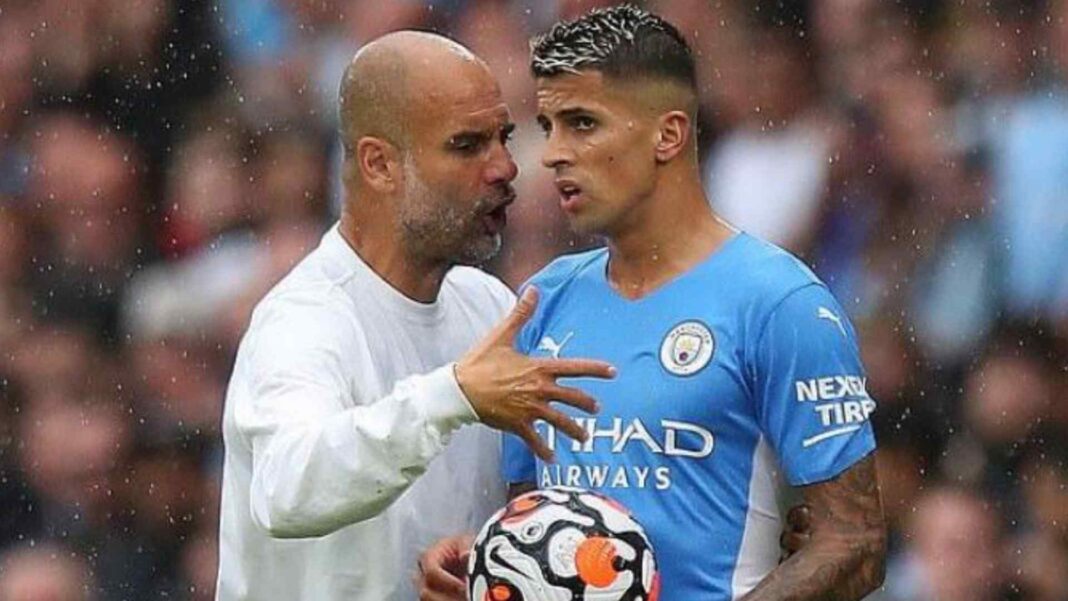 Manchester City fans have been reacting to a post on Twitter which relays a report that claims the club is ‘already drawing up plans’ on a potential new left-back, with a view to signing one next summer.

The full-back spot in particular remains an issue throughout Pep Guardiola’s time at the club. The reigning Premier League champions are still on the hunt for a left-back With Benjamin Mendy currently suspended by the club.

Oleksandr Zinchenko is City’s only recognisable left-back at present, though Pep Guardiola has been able to call upon Joao Cancelo to operate in that role.

Despite the success of Cancelo this season at left-sided full-back, it appears as though Manchester City’s long-term recruitment plans will feature the signing of a new player in that position.

According to Jack Gaughan of the Daily Mail, via Manchester City fans podcast, Blue Moon, Pep Guardiola’s side are ‘already drawing up plans’ on who the club can secure at left-back next summer.

Also Read
‘Happy to hear this’, ‘Class’, ‘one for the future’ – Some Man City fans lap up news on Taylor Harwood-Bellis
‘His finishing isn’t better than Gabby’, ‘Why not Joao Felix’ – Some Man City fans react as club Identify La Liga Striker as Erling Haaland Alternative
‘Spot on’, ‘Sign the Contract’, ‘Best manager for a reason’ – Man City Fans Hail Guardiola After Star Midfielder’s Latest Comments

Why a left-back? Invest in a striker ffs

We need a top striker,we hv Cancelo and Zinch

Keep cancelo there and just get a New RB to challenge walker. Getting Pedro Porro back from sporting will be good

This guy can compete with Joao pic.twitter.com/VIv0x7HgKY

Stop focusing on too many other positions and put a striker at the very very veryyy top of your list. https://t.co/EDlBIDapwC