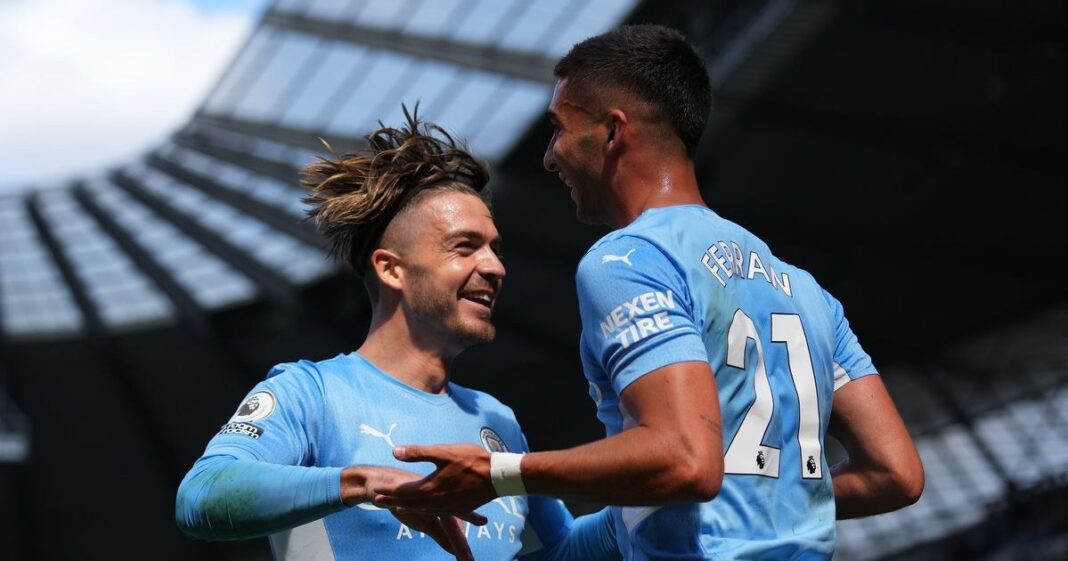 Manchester City fans have been reacting to a post on Twitter which relays a report that claims Ferran Torres is hoping for a return to action before New Year.

The 21-year-old, who had established himself as a key player under Pep Guardiola in the early stages of the campaign, suffered a foot fracture while on international duty with Spain in October.

It was predicted that he would miss three months, however the Premier League champions have receive a boost as the Spaniard could return to action next month.

According to Daily Mail, Torres flew back into Manchester on Tuesday after starting his recovery abroad and is primed to begin individual sessions with City’s medical department.

The report states Torres is another month away from action but any involvement in Guardiola’s squad before January would be ahead of schedule.

The Spanish forward has netted three goals in his seven appearances for City this season and has impressed since joining from Spanish side Valencia in the summer of 2020.

Also Read
‘So happy to see this’, ‘Would choose us’ – Many Man City fans react to Fabrizio Romano updates on Erling Haaland
‘Please no’, ‘would rather Nkunku or vlahovic’ – Some Man City Fans flock as Darwin Nunez transfer rumour emerges
Report: Pep Guardiola ready to sanction Raheem Sterling departure on one condition

Torres is a fan favourite at the Etihad Stadium and a player Pep Guardiola has got a lot out of since landing in England last year. The winger has been converted into a centre-forward, and has impressed in the position

lets goooo just dont rush , a fully fit Ferran Torres for Mancity at ST is what we need

Just don’t rush him back, don’t want the same thing to happen to him, look at KDB’s form the past few months

it’s his time to shine https://t.co/Xdhm9cnn4J