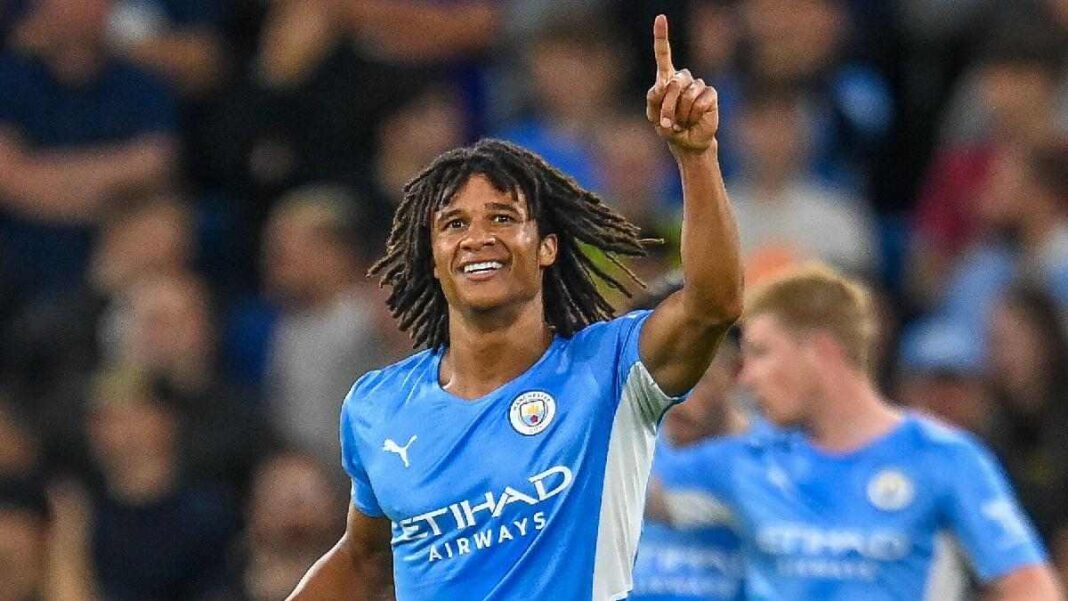 Manchester City fans have been reacting to a post on Twitter, which relays a reports that claims the club will block Nathan Ake from joining Newcastle United in January.

Due to the form of Ruben Dias, Aymeric Laporte and John Stones, Ake finds himself stuck behind in the pecking order.

The Holland international has made seven appearances fo City this season, four of which have been starts in the Premier League and Champions League.

The 26-year-old defender has already been linked with a move to St James’ Park given his lack of regular involvement with City and, presumably, his previous connection with their news manager Eddie Howe.

Ake was one of Howe’s star performers on the South Coast following a £20m move from Chelsea. He was snapped up by Man City after relegation for £40million (Goal).

Yet a lack of minutes under Pep Guardiola could see him move on in January as he eyes a return to the Dutch squad for next year’s World Cup.

According to Football Insider, City will block Nathan Ake from joining Newcastle in January, and are not planning to listen to offers for the centre-back during the winter market.

The report states that Pep Guardiola wants to keep his senior squad together for the second half of what promises to be another Premier League and Champions League challenging campaign.

I love that clubs think they can come in for our players who aren’t playing much now, as if our fixture congestion won’t be ridiculous from next week on. Everybody is needed. We have three trophies to win. https://t.co/ELut9CGKkH

Home grown in nation and a player that is ok being a backup. Anyone saying we should sell him should give me a player of his quality ok with being 4th choice in the squad https://t.co/QuQDoOoFI2