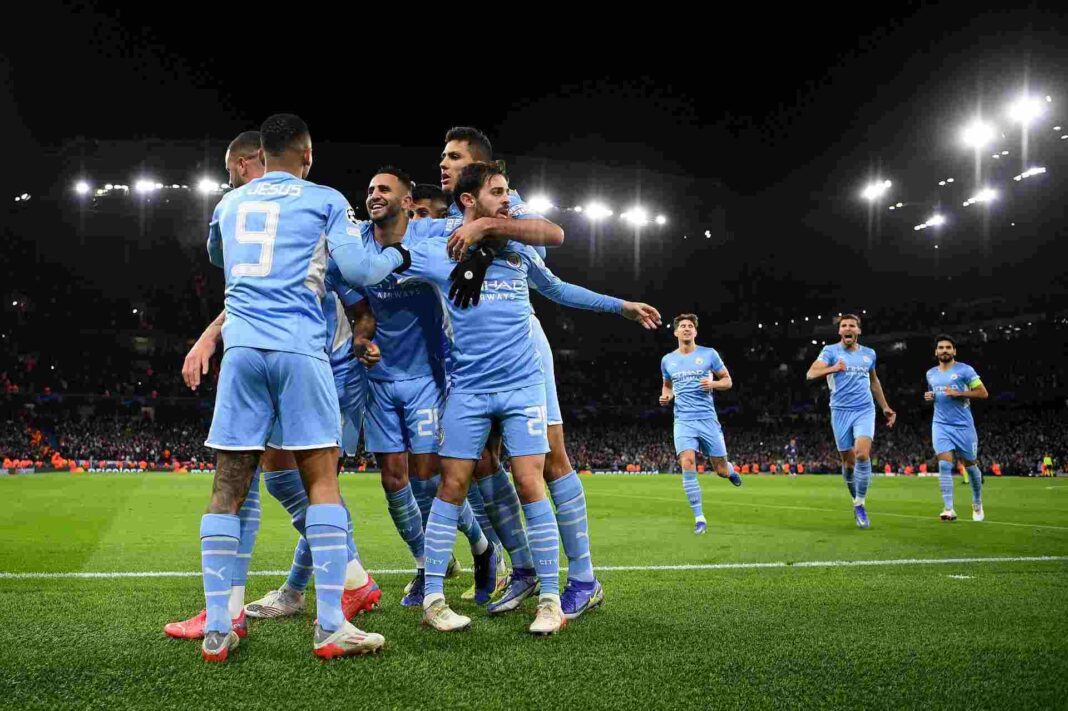 Many Manchester City fans have been hailing Riyad Mahrez following his performance against Paris Saint Germain, with a fan branding him the ‘Best right winger in the world’.

While the likes Bernardo Silva, Raheem Sterling and Gabriel Jesus may have stole the limelight in this game, Wednesday clash was yet another example of why Mahrez is one Man City’s most important player.

The Algerian, who earns a reported £120,000-a-week, did enough to justify his inclusion, constantly demanding the ball on the right hand and asking questions of Nuno Mendes, especially in the first half.

Also Read
‘Happy to hear this’, ‘Class’, ‘one for the future’ – Some Man City fans lap up news on Taylor Harwood-Bellis
‘He’s not coming guys’, ‘we’re fighting a lost battle’ – Erling Haaland claim has Many Man City fans talking
‘No brainer’, ‘Innocent until proven guilty’, ‘Keep him suspended’ – Many Man City fans react as Benjamin Mendy Granted Bail By Court

Looked lively, particularly considering his lack of game-time this season and almost broke the deadlock with a trademark curler on his left foot.

Forced Navas into a couple of important saves before playing the pass before the final pass for Jesus’ winning goal. His delivery to Bernardo for the second goal was exquisite, as he threatened all night.

Riyad Mahrez performance caught the eye of many Man City fans on social media. Here’s what some of them had to say on Twitter…

What a player. Deserve a MOTM besides Bernardo

I reckon,the Guy is pure Talent 🥳he is truly one the best wright wingers in the world.
What a Class 😍😍🙌