‘Yessssss’, ‘what we love to hear’ – Fans reacts as Man City ‘Confident’ of Securing New Deal for In-Demand Midfield Star 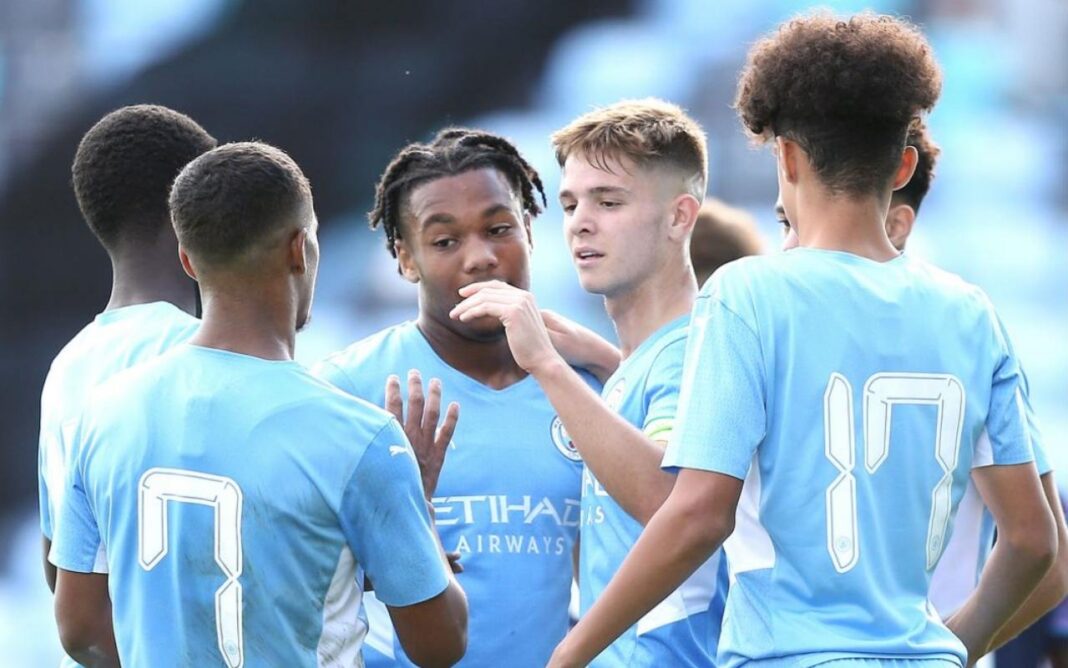 The 19-year-old, who is being compared to a young version of club legend David Silva, has starred for City’s youth academy side so far this campaign.

The teenager made his senior debut in the third round of the EFL Cup last month, coming on as a substitute in City’s 6-1 victory at home against Wycombe Wanderers.

McAtee is considered by Man City as one of their brightest prospects within their academy and they hope in the near future that he can emulate Phil Foden by cementing a regular place in their starting lineup.

However, McAtee’s future is in some doubt as top European clubs are apparently keen on him as he approaches the final 18 months of his contract.

Also Read
‘Please no’, ‘using city again’, ‘stop it!’, – Some Man City fans fume as club are linked to £32m Jorge Mendes client
‘He is good’, ‘a Pep type player’ – Some Man City fans react as club in four-way fight for £50m PL Striker
‘We’re massive’, ‘He is already a Mancunian’ – Many Man City Fans react to Guardiola’s comment on exit plan

According to the latest on City’s plans for McAtee by Football Insider, the Premier League champions are confident of agreeing a new and improved contract with James McAtee.

that’s what we love to hear

Get this done, #ManCity 💙 I can’t bear to see another of our gems wasting away at another club

Get it done, that bloke is a hatrick merchant

Good news! He is outstanding between young players
Pep should provide more chance for him like he did for Palmer

A good weekend and a good monday