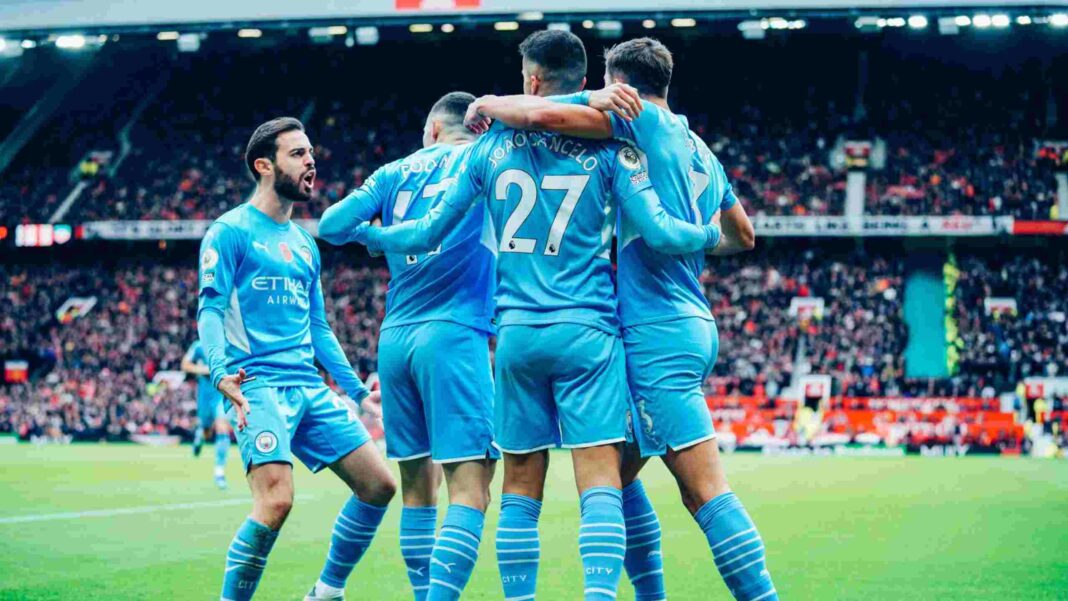 Manchester City star Bernardo Silva sat out Portugal training on Tuesday morning ahead of their World Cup qualifier with the Republic of Ireland.

The Portuguese star,  who was heavily linked with a move away from the Etihad Stadium, has turned his City career around within the last few months.

In City’s last few outings, he seems to have found his best form and is quickly becoming a crucial player for Guardiola once more.

Bernardo joined up with his national team after another star performance for his club at Old Trafford on Saturday, scoring the second goal of a 2-0 win.

The 27-year-old was absent from the Portugal squad as they trained for Portugal’s World Cup Qualifiers clash against Ireland on Thursday.

According to Portuguese outlet Record, as relayed by Sport Witness, Bernardo Silva was the only player missing from the Portugal squad in training on Tuesday.

The report explained he’s suffering from ‘myalgia’, which will mean pain in a muscle group, although the exact issue hasn’t been reported.

Pep Guardiola as well as Manchester City fans will no doubt be keeping an eye on the situation as they hopes in every international break that the players return as fit as they were when they left.

The news was shared on Twitter by City Xtra, and it attracted plenty of attention from Man City fans.

I hate international breaks. A curse to us to say the least.

No one panic, he’ll be fine in a couple days

I’ve had myalgia before, it ain’t anything serious it’s just overly stressed muscles, it’ll recover in 2-3 days just by slapping an ice pack on where the pain is at

Send him back home please

He deserves a 2 week rest.