‘That came out of nowhere’, ‘Hope it’s not serious’ – Man City Fans react as Star forward out with fresh injury concerns on international duty 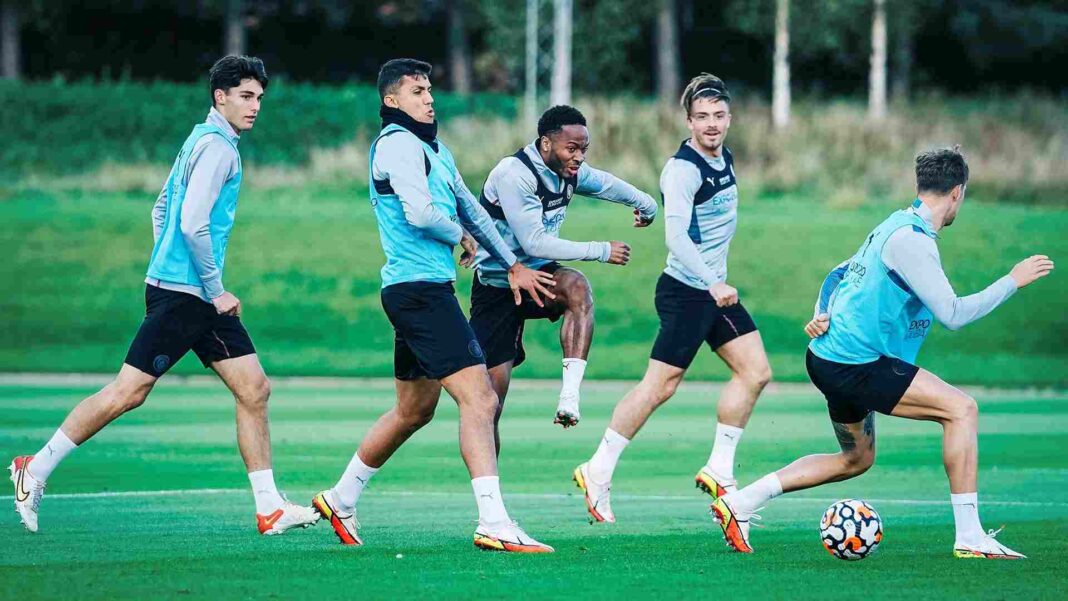 Jack Grealish have withdrawn from the England squad ahead of Monday’s World Cup qualifier in San Marino.

On Sunday morning, it was announced that five players, including Grealish and Raheem Sterling, will not travel with Gareth Southgate’s squad for their final World Cup qualifier against San Marino.

Sterling’s absence is down to ‘personal matters’, but the statement on the official England website confirmed that Grealish will return to City for assessment on an injury.

The nature of the injury was not disclosed, but regardless, Manchester City could be heading for another injury crisis as a result of International break after this Grealish development

In the last few breaks, however, luck has deserted the Manchester City camp, with Ferran Torres, Phil Foden and Kevin De Bruyne all missing games after representing their countries.

Pep Guardiola as well as Manchester City fans will no doubt be keeping an eye on the situation as they hopes that their players return as fit as they were when they left.

Also Read
‘Why would he downgrade’, ‘pain pain’, ‘might just cry’ – Many Man City fans react as Barcelona ‘close agreement’ with Ferran Torres
‘What’s wrong with us’ – Some Man City fans fume as report details Pep’s plan for January
‘Please no’, ‘would rather Nkunku or vlahovic’ – Some Man City Fans flock as Darwin Nunez transfer rumour emerges

The news was shared on Twitter by City Xtra, and it attracted plenty of attention from Man City fans.

well that came out of nowhere

Is this an actual injury or after-effects of his illness? Seems like details are very thin on the ground 🤔

https://t.co/2ycwqzaU2Q Wouldn’t surprise me if he wasn’t 100% fit but still came on and has now picked up a knock. These stupid international breaks will break the players in the long run. https://t.co/DNW9kZOHOG