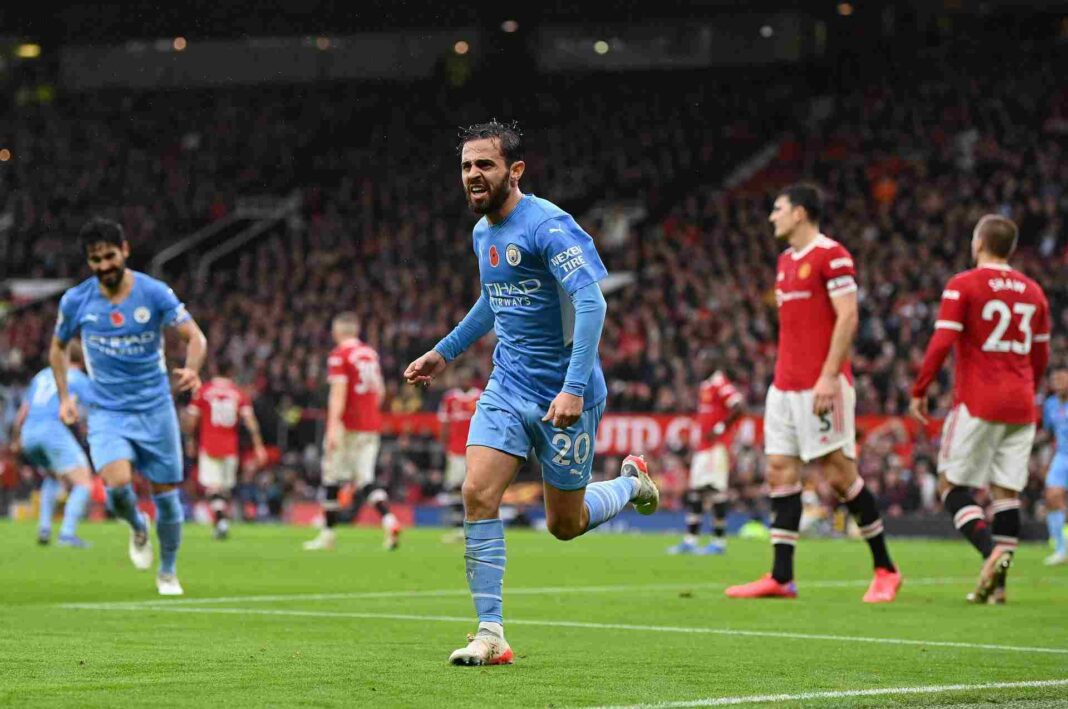 In a dominant display, the Blues took the lead inside six minutes, after Joao Cancelo’s cross was turned in by United centre-back Eric Bailly.

City squandered numerous opportunities to increase their lead, but Bernardo Silva score once again at Old Trafford, as he brilliantly finished on the brink of half-time to double the Blues’ advantage.

It was a blow that crushed Manchester United’s belief that they could somehow fight back against Pep Guardiola’s unrelenting City storm.

Pep Guardiola’s side stroll to victory in the second-half, as a dismal United side suffer another embarrassing defeat at home to a local rival.

Following the game, the atmosphere outside Old Trafford was very hostile, and Bernardo Silva rub salt further into the United fans’ wounds with a petty hilarious gesture towards them.

As captured by YouTube channel ‘Lakis live via City Xtra, Bernardo Silva can be seen looking towards a section of Manchester United fans waiting by the City team bus, before sticking his tongue out and raising a cheeky smile.

Following the emergence of the video online shared on City Xtra, many Man City fans have been sharing their thoughts and opinions.

Here are our best reactions:

Build this man a statue already – one at Etihad and one at his home: Old Trafford 😭💀

Lol this is why I love Bernardo… Remember what he did to Liverpool during that guard of honor? Lol his a legend this one 💪🏾

Tears someone come collect your Dad

Honestly, I’m irretrievably in love with that man. Stay forever.

how did this man want to leave 😭😭