‘Why does he talk like this?’ – Some City fans fume as Guardiola responds to Barcelona’s interest in Raheem Sterling ace 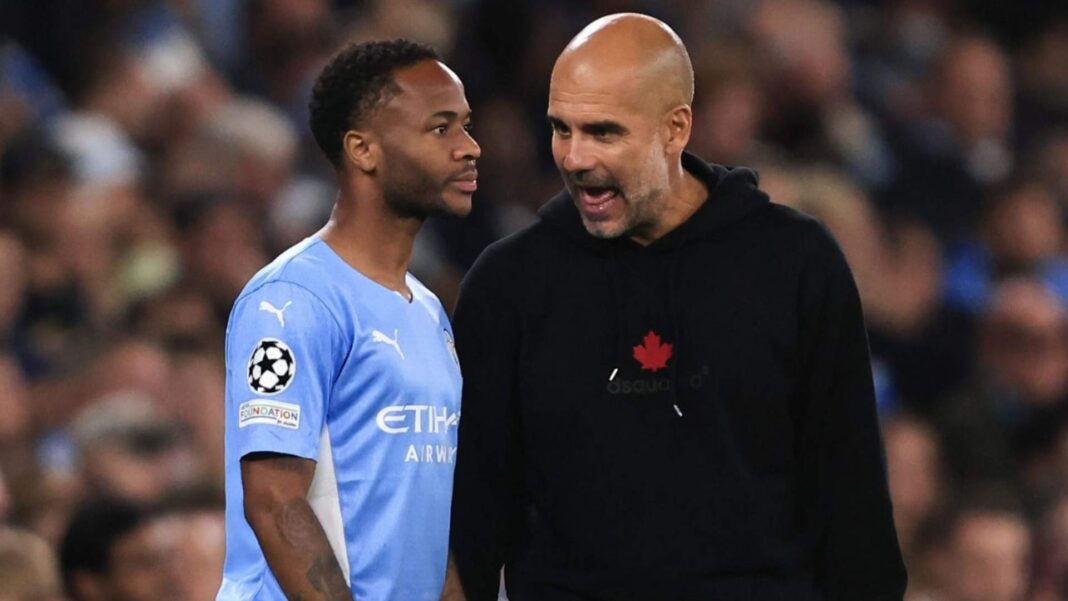 Doubts over Raheem Sterling’s future at Manchester City continue to grow, with Pep Guardiola leaving the door open on an Etihad exit for the England international.

The England forward has been with City since 2015, when he moved from Liverpool for £49m, and has won three Premier League titles with the club.

However, the England international has struggled to hold a key role in Pep Guardiola’s plans so far this season, and has only started six of his 15 appearances in all competitions.

Sterling is one of several City players who have been linked with moves to Barcelona in recent months.

Following the arrival of Xavi in the Camp Nou dugout, transfer rumours are swirling like mad in Catalonia and Sterling’s name is right at the forefront of that.

On Monday, when Guardiola was at a charity event at Sant Cugat del Valles golf club, reporters took the opportunity to ask him about the speculation.

“Honestly I have no idea. I don’t know anything. Not that I would tell you anyway,” he told reporters.

“If Barcelona are interested in any of our players, I am convinced that they can get them. Barca continues to be an attractive club, more than attractive.

“The city, the club, the history and this for the trainers, for the players always seduces a lot.

“If Barcelona interests one of our players, the will set up the machinery into operation, it is a liner.

“Barca can use their media to influence signings. That’s the thing about Barcelona; they can do what they want, good or bad.”

He is only telling you that Barca can sign Sterling it they want him. Listen carefully. https://t.co/e1x45pY2fV

why tf would you say they can get any of our players??

He’s triggering Barca to try to ship him off

He actually doesn’t mind if anyone leaves https://t.co/Rb86WZPIun

I heard a swap deal Sterling for De Jong?

Share
Facebook
Twitter
Pinterest
WhatsApp
Previous article‘Perfect replacement for Pep’, ‘No one else’ – Many Man City Fans react after hearing who should wait to succeed Guardiola
Next article‘Nooooo’, ‘Send him back home please’ – Man City Fans react as Portuguese star out of national training with muscle pain issue