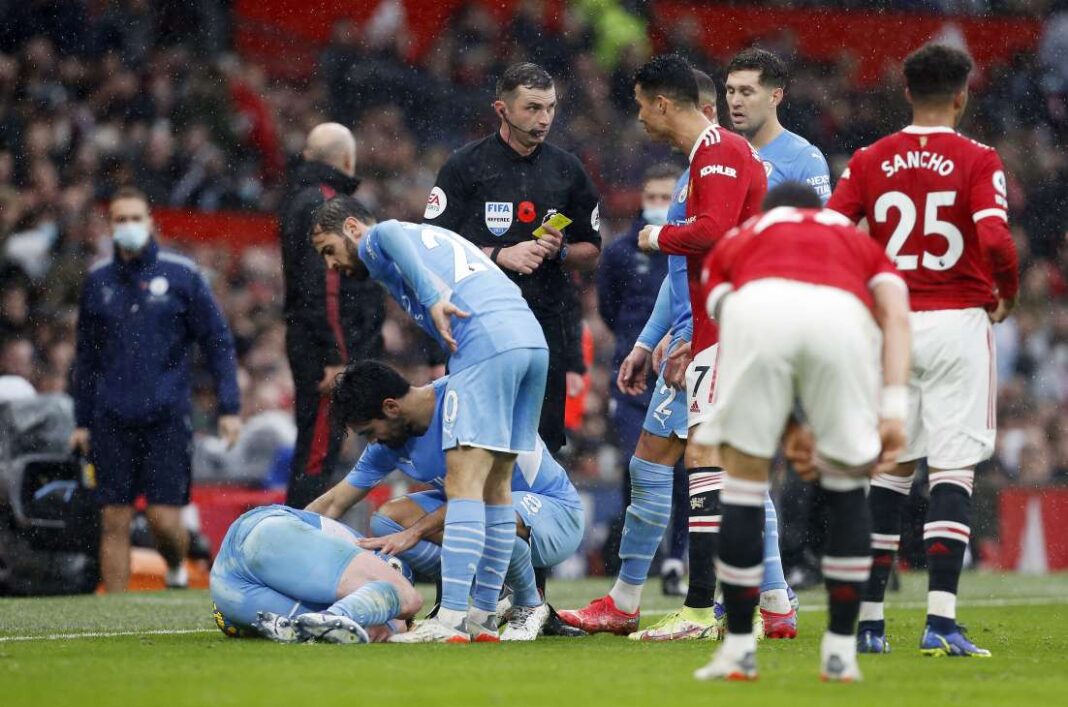 It was Cristiano Ronaldo’s first Manchester derby since returning to the Premier League – but it wasn’t one to remember for the Portuguese international.

It didn’t take long for Manchester City to earn a lead, with Eric Bailly turning a Joao Cancelo cross into his own net early on. Cancelo was the provider again when Bernardo Silva doubled City’s lead just before the break.

And though Man United managed to get a foothold in the possession charts after half-time, they rarely troubled Ederson on an afternoon that the Blues managed comfortably.

The Etihad Stadium natives could have scored more had it not been for De Gea relentlessly morphing into a wall.

A host of Red Devils players struggled as the Citizens comfortably gave themselves a six-point gap over their cross-city foes in the Premier League table.

Cristiano Ronaldo Showed energy and pressured City’s defenders. He provided United’s best chances with a decent volley and shot when offside but was a largely frustrating afternoon for him.

However, there were also some reactions on his performance from plenty of Manchester City fans, who were keen to pile on the derby day misery.

Find some of their reactions below.

Where was Ronaldo when his team needed him most ?? He has to score a clutch goal. Is he is not playing?? #ManchesterDerby #MًUNMCI

Where is Cristiano? Oh, inside Stones pocket.

i didn’t even realize he was on the pitch

They just found him in Stone’s pocket

Serves him right to choose money over trophies 😂