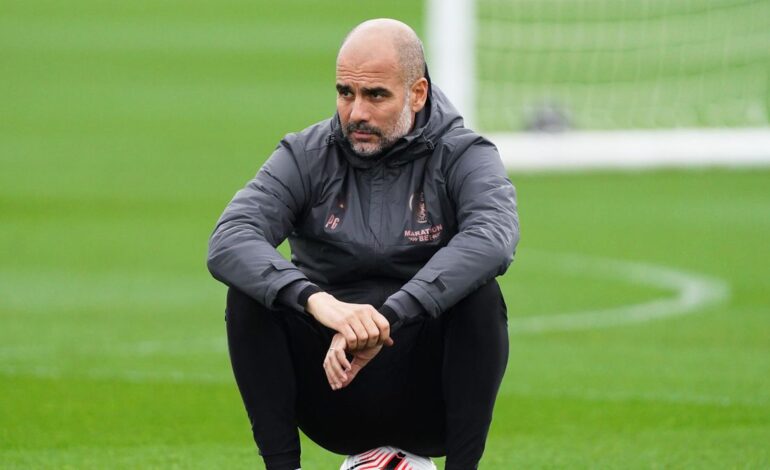 Manchester City fans have been reacting to a post on Twitter which relays a report of the club is interest in AC Milan striker Rafael Leao.

It has been a great season for Leao so far, netting four times for the Rossoneri and making a big contribution to their attacking department.

Leao’s performances have not escaped the attention of the top European clubs, but there is no uncertainty on the horizon regarding his future.

According to Calciomercato as relayed by Sport Witness, Pep Guardiola’s side are ‘in the lead’ for the striker and the Italian side want to ensure they can’t get him.

However, the report states that City have a lot of work on to do if they are to get anywhere near him, with Mendes, Milan and the player all seemingly against a move to the Etihad at this point.

The Italian club have been ‘working hard’ for weeks with his agent Jorge Mendes to get him signed to a new deal. Milan signed Leao in 2019 for a reported fee of £32m in 2019.

Mendes using our name to get a better contract

Even Foden plays better at the number 9 role than Rafael Leao.

Eh, he’s got potential but he’s not really a striker. Much more effective from the left and that’s not what we need

Don’t care. He’s not Vlahovic or Haaland so don’t care. Plus awful source. Plus stopped reading at Jorge Mendes.