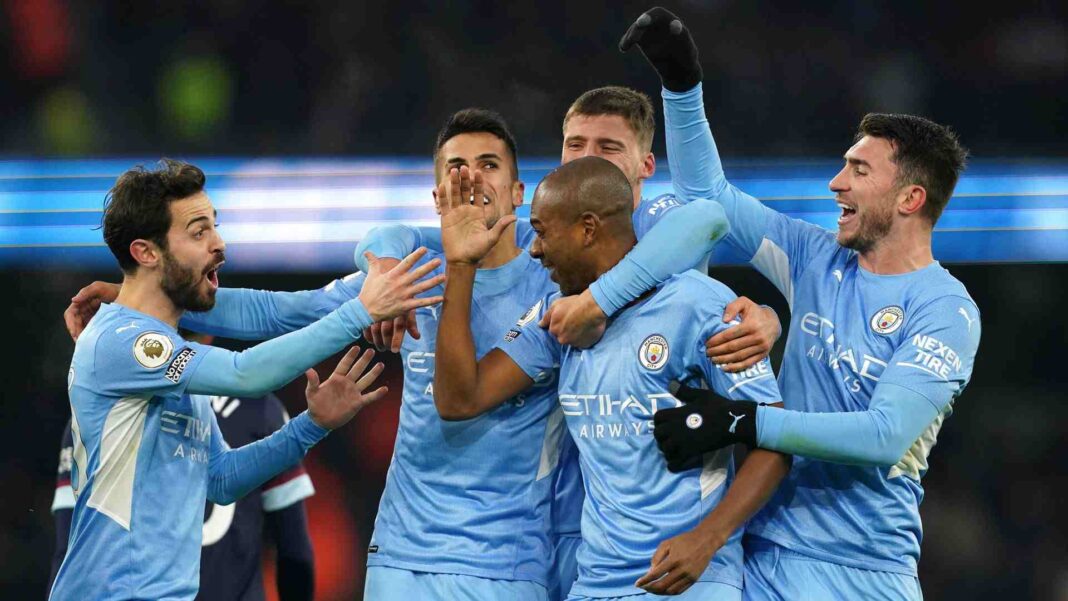 Fernandinho came off the bench to put the result beyond doubt as Manchester City beat West Ham 2-1 to go second in the Premier League.

Ilkay Gundogan put the hosts ahead in the first-half, before half-time had to be extended due to heavy snowfall at the Etihad.

The match remained in the balance until Fernandinho doubled the lead late on, but there was still time for Manuel Lanzini to net a stunning consolation strike with the last kick of the game.

It was too little, too late for the away side though as City were the side who moved closer to the top of the table.

And it was a Twitter post from the Brazilian midfielder which had City supporters talking post-match. With Fernandinho taking to his official account to give his thoughts on the game and on his goal.

The reaction from the lads towards you shows how much they and us fans feel about you Ferna. Great little cameo Captain

Never leave my captain. One more year snd then bring up the blues if the future with all your standards, professionalism, hunger… city legend 💙

Well done Excellent from City, West Ham are no pushover

Share
Facebook
Twitter
Pinterest
WhatsApp
Previous article‘Please sign him’, ‘If Txiki bottles this’, ‘That would be crazy’ – Erling Haaland claim has many Man City fans excited
Next article‘Get it done please’, ‘Should retire here’ – Man City fans love who could be next to receive a contract renewal