‘Noooooo’, ‘This is genuinely an insult’, ‘Protect him Txiki’ – Man City fans react as Star ace a target for 17th-place European side 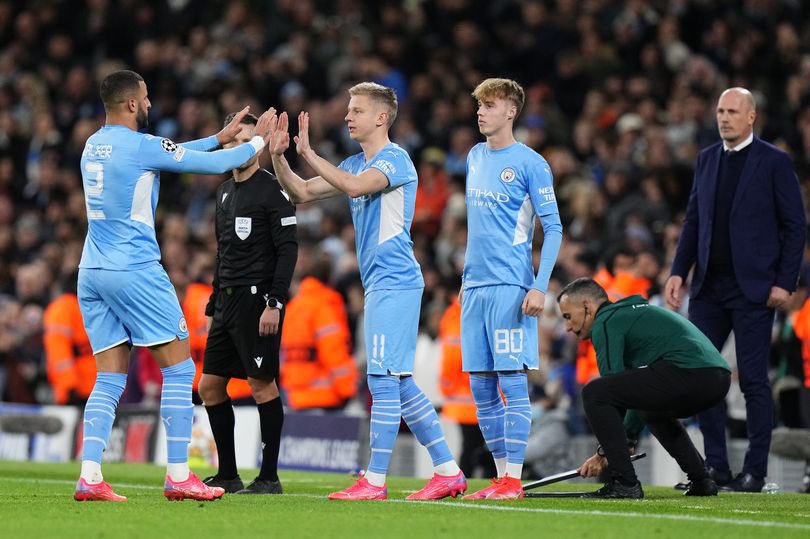 Manchester City Fans have been reacting to a post on Twitter, which relays a report that claims Oleksandr Zinchenko is reportedly on the radar for Genoa following the appointment of Andriy Shevchenko.

The former AC Milan and Chelsea striker took over at the Serie A side on Monday with the club sat 17th in the Italian top-flight rankings.

Shevchenko is familiar with Manchester City’s Zinchenko from his time in charge of Ukraine, with the left-back often deployed in a midfield role for his country.

According to Secolo XIX via The Sun, Shevchenko is keen on a reunion with Zinchenko in Genoa, with the 24-year-old playing just 56 minutes of Premier League football so far this term.

Zinchenko, whose deal with Man City does not expire until 2024, has made just two starts for the defending Premier League champions this season.

We can’t let him leave man, he shows so much passion for the club and was key for us in the ucl

This is genuinely an insult. Zinchenko is class, gives 200% every single time, gives his all for the badge just unbelievable passion, you don’t get that in football much now. Deserves to be at a top top top club. I want him here