‘Perfect’, ‘imagine Haaland wearing this’ – Many Fans excited as details of Man City’s home, away, and third kit colours for 2022-2023 ‘leaked’ 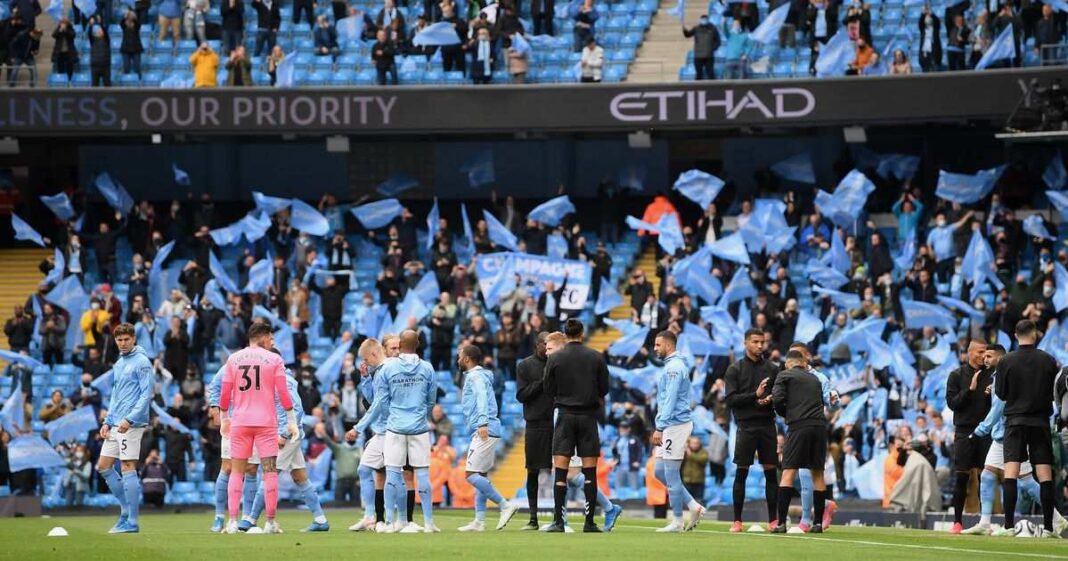 A lot of Manchester City supporters have been reacting on social media to leaked details of the club’s home, away, and third kit colors for 2022-2023.

Puma will once again produce City’s kits next season after this year’s offerings were met with mixed reviews from supporters.

Footy Headlines has summarize up the colour scheme of Manchester City’s home, away and third kit details.

The Puma Man City jerseys for the 22-23 season evoke memories of old Manchester City kits – the home features maroon as seen in the 1960s and 1970s.

While the away combines black/red as many of the club’s past away jerseys, and the third has a similar striking look as Nike’s away jerseys from the mid-2010s.

There’s obviously no timeframe yet as to when these kits will be released, however as per the publication, Puma will release the kits not at once but throughout the summer – early May 2022 (home), mid-July 2022 (away) and mid-August 2022 (third).

Whilst the full design of the jerseys are yet to be revealed, City fans on social media are already exited with the colouring scheme for the 22/23 away kit.

Here’s what some fans had to say on Twitter about this leaked kit colors by Puma for 2022-2023.

Actually a big fan of these 👀
Could be in for 3 lovely kits next season blues 👌 https://t.co/AyZUOK0yA7

If puma mess this up I swear

That away kit with Haaland on the back is gonna be a madness.

It’s promising but don’t get ahead of ourselves yet, I’m waiting to see how much they can mess up the simple concept of red and black stripes https://t.co/3bVm33BYHi

Which of the three Man City 22-23 kits do you look forward to the most?