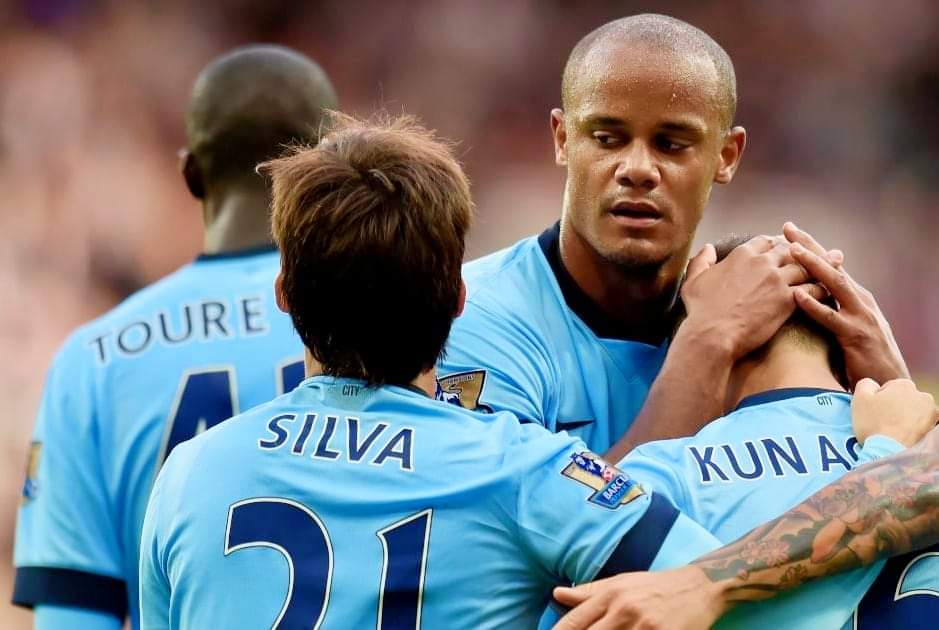 Vincent Kompany has hailed four of his former Manchester City teammates as he reflected on his illustrious spell at the Etihad.

Speaking to Rio Ferdinand’s FIVE podcast, Kompany was asked to name the best player he played with at City, before he named four in response.

He answered: “I have to go four. Got to put David Silva. You talk about effort in training versus effort in matches, but David was always effortless in games. He just made you look average as a defender, when you’re closing down he commits you, go super aggressive and run him off the ball.

“But he never commits, waits for you to commit. If you step right he goes left, if you step left he goes right. So effortless. Tight spaces were big spaces for him.

“Then you’ve got Kevin De Bruyne and Kun Aguero.”

Also Read
‘Invest in a striker’, ‘can’t see anyone displacing Cancelo’ – Some Man City fans react as club ‘Drawing Up Plans’ on Left-Back Signing for 2022
‘Perfect asking price’, ‘Take it or leave it’ – Man City Fans react to the Club’s asking price for Ferran Torres
‘Please no’, ‘would rather Nkunku or vlahovic’ – Some Man City Fans flock as Darwin Nunez transfer rumour emerges

Picking his team, he said: “Eden Hazard, Kevin De Bruyne, got to put Kun Aguero, got to put David Silva. Can I be coach? And Yaya [Toure], no keeper, I don’t need a keeper.”

These Kompany’s five-a-side team were shared on Twitter by @City_Xtra, and it attracted plenty of attention from the supporters.

Proud of my captain💙

Should’ve put this unit above hazard. My days the carnage in 5 aside. Nobody’s walking home smiling. pic.twitter.com/0n3KLm9lTQ