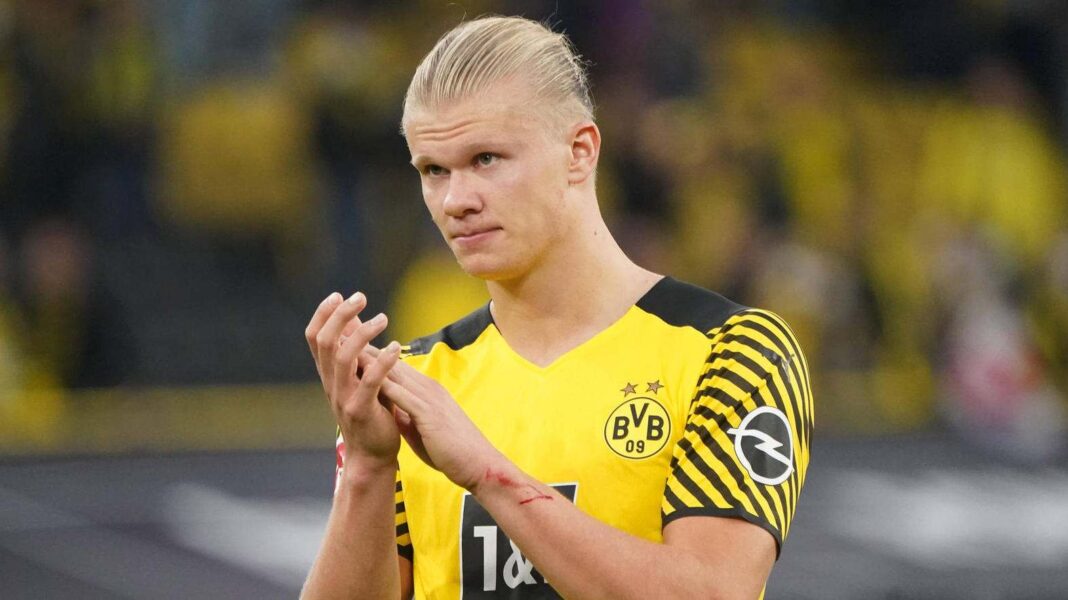 The 21-year-old striker has a release clause that activates in 2022. But it appears that this transfer fee, believed to be around €75m plus bonuses, is only just half the battle for any side looking to sign Haaland next year.

However, according to Sky Sports, Dortmund are hoping to delay that clause until 2023 and double Haaland’s current salary as a sweetener to remain with the club.

The report suggests that Haaland will be offered a double-your-money contract offer of around €18m, twice as much as his existing €9m-per-year deal.

The transfer fee seems affordable for top clubs, but the player’s high salary and hefty commission to his advisor, Mino Raiola, would see the entire package cost around €315m (£265m).

Haaland has a tough choice to make next summer as there will be many suitors and a lot of money thrown around.

German transfer expert Max Bielefeld believes “City is the hottest candidate”, as hefty wages and agent fees have ruled out the likes of Bayern Munich and City’s Premier League rivals from making a move.

“City is the hottest candidate for me. They are looking for a striker next summer and have not gotten Harry Kane. The necessary change would also be there,” Max Bielefeld said.

Man City will have to do their utmost to prise Erling Haaland away from Dortmund. He would likely fetch close to the current world record transfer fee of £198million which was paid by Paris Saint-Germain to land Neymar in 2017.

Share
Facebook
Twitter
Pinterest
WhatsApp
Previous article‘We will be making a huge mistake’, ‘Just extend sterling contract’ – Some Man City fans stunned over update on Star forward
Next article‘Noooo’, ‘Must be madness’, ‘He is no Haaland’ – Some Man City fans react after hearing ‘Class’ signing they’re reportedly working on as striker alternative