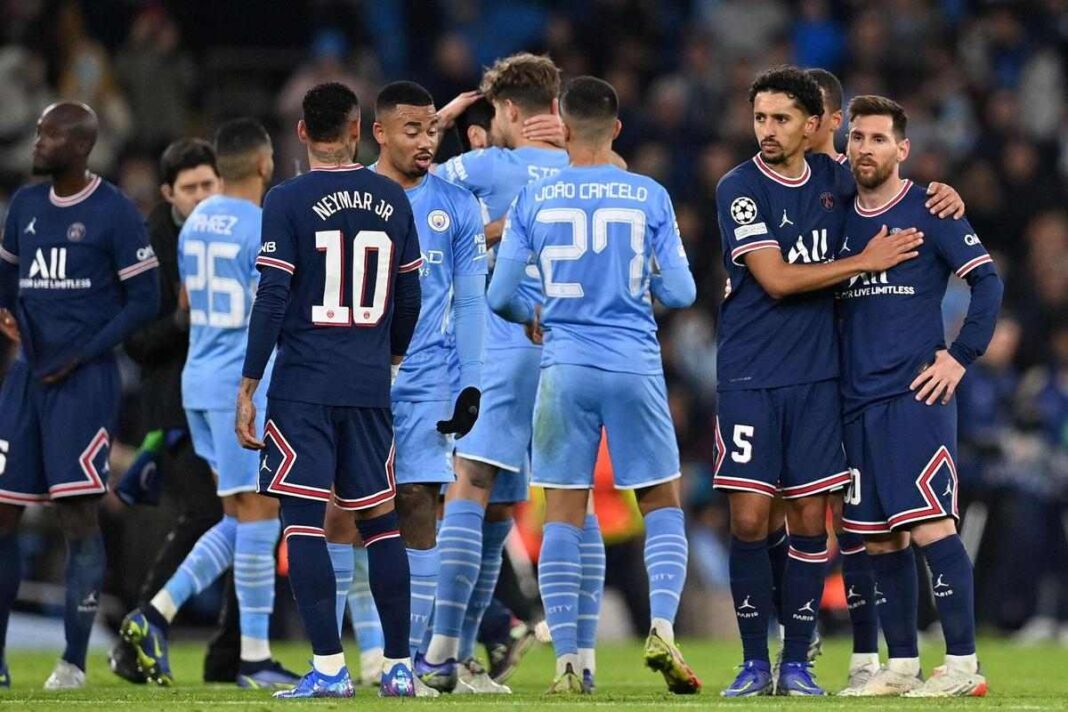 Manchester City fans have been hailing Ilkay Gundogan following his performance against Paris Saint Germain, with a fan branding him the ‘perfect creative midfielder’.

While the likes Bernardo Silva, Raheem Sterling and Gabriel Jesus may have stole the limelight in this game, Wednesday clash was yet another example of why Gundogan is one Man City’s most important player.

The 31-year-old, who was given a player rating of 9/10 by the Manchester Evening News, seldom relinquished possession at the Etihad and provided a threat in the final third.

Also Read
‘Straight player swap!’, ’40m plus Theo and it’s a deal’ – Man City Fans React to Reports Linking Defender With Serie A Move
‘Happy to hear this’, ‘Class’, ‘one for the future’ – Some Man City fans lap up news on Taylor Harwood-Bellis
‘We’ll take that’, ‘I’d be surprised if we don’t win’ – Man City fans react to drawing Fulham in the FA Cup fourth round

The German international, who smacked the post with a firmly struck side-footer after the ball had bounced his way, helped City dictate the tempo by completing 61/63 passes.

Against PSG, Gundogan played for 90 minutes, had 76 touches, won one aerial duel, completed 96.8% of his 62 passes, created two chances, had two shots, whipped in five crosses with 40% finding a teammate, made one interception and had two successful dribbles.

Gundogan performance caught the eye of many Man City fans on social media. Here’s what some of them had to say on Twitter…

U had a tremendous game. City deseved more than the goals

Ilkay Gundogan is different gravy with the captains armband btw

You have become the perfect creative midfielder, Ilkay. You combine an exceptional footballing brain with a team ethic that is pure joy to watch. The next 5 years will be so much fun. Ich hoffe, du bleibst noch lange in der City. 💙💙💙

I feel like I have to constantly give this man his flowers but İlkay Gündoğan is so brilliant in midfield every single time I watch him.

Maybe he has to score goals like last season to get the plaudits but he is consistently masterful no matter his stats. Criminally underrated. pic.twitter.com/5wNtNZsDLp