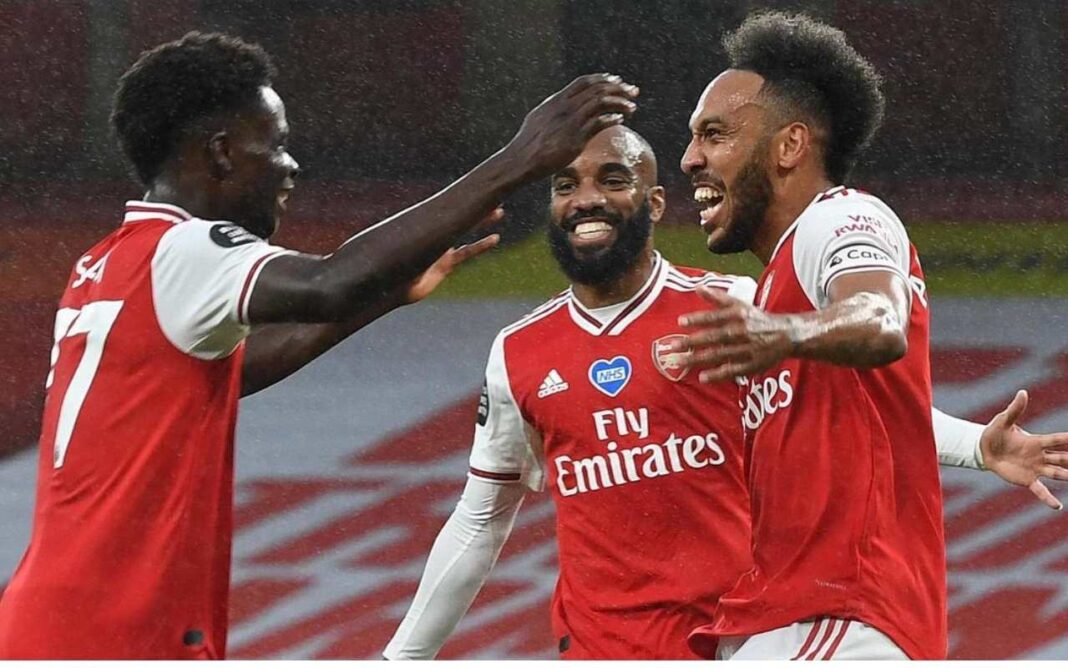 Manchester City are allegedly preparing to go head-to-head with Barcelona in the race to sign Pierre-Emerick Aubameyang from Arsenal in January.

There is no hiding the fact that Pep Guardiola is keen to recruit a new centre-forward, after Man City were left frustrated with their pursuit of Tottenham Hotspur’s Harry Kane over the summer.

Pep Guardiola has only one natural striker at his disposal in Gabriel Jesus, who has largely been utilised out wide this season.

The Citizens have also been linked with Borussia Dortmund’s Erling Braut Haaland, but City could be in the market for a striker before next summer, with one report suggesting they could move for Pierre-Emerick Aubameyang in January.

The Arsenal striker is around halfway through a three-year contract he signed last year, with Transfer Market Web claiming City and Barcelona are keen on the Gabon star.

The report claims the Premier League champions recently submitted an enquiry for Aubameyang, although it is unclear whether their approach has been greeted positively.

However the report adds that his wages could be a stumbling block in completing a move, as neither Manchester City nor Barcelona will match the €15 million annual income he earns at Arsenal.

Aubameyang joined Arsenal from Borussia Dortmund in January 2018 and instantly became a key figure for the Gunners.

During his stint with the north Londoners, the 32-year-old’s form has often been a key factor in determining their fortunes, and it was during a dip in his levels that his team completely fell off in the Premier League last season.

The Gabon international has gone some way in rediscovering his form this season, and has managed a solid tally of seven goals and two assists in 11 appearances, helping Arsenal climbing up to fifth in the Premier League table following a slow start to the season.