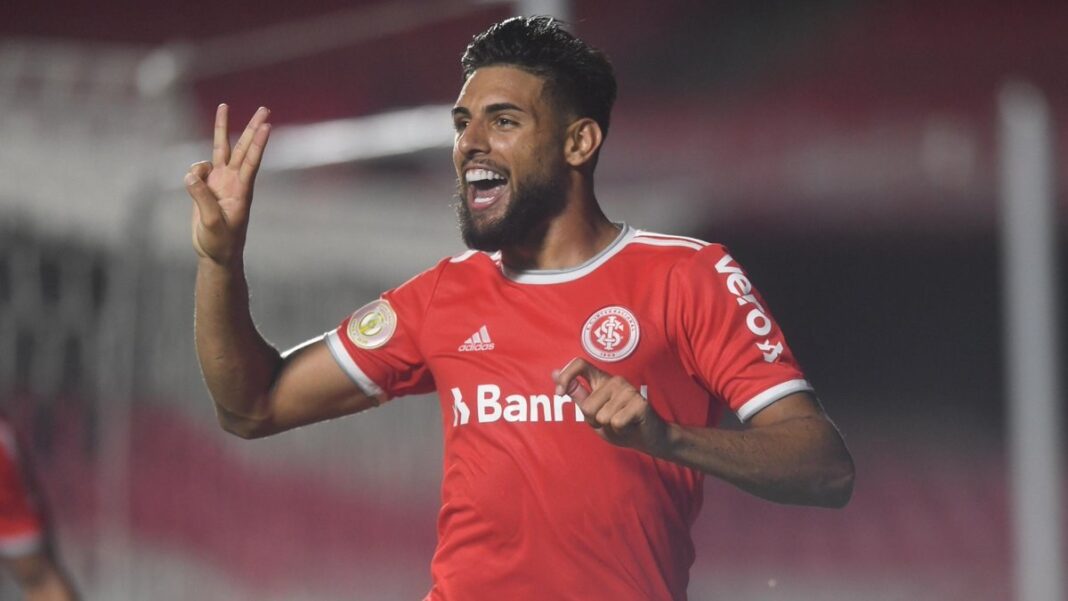 The 20-year-old striker, who currently plays for Internacional in the Brazilian first division, has been a revelation. In 78 games for the club, the youngster has netted 28 times and is now starting to make a major impression around Europe.

It has been said countless times that City are in the market for a natural striker. Despite the success of the false nine system, Pep Guardiola is keen to add a clinical finisher to his ranks.

Guardiola is in need of a new forward after Sergio Aguero left in the summer. He was hoping to land Harry Kane but the Citizens could not complete a deal.

Internacional’s Yuri Alberto is one man on their wish list. Brazilian journalist Juliano Machado confirmed last month that City are interested in signing the Brazilian striker, claiming the information being directly confirmed by the player’s agent, André Cury.

During a recent interview with ESPN, Barcellos spoke about the transfer rumours surrounding Alberto.

Directly asked about Manchester City, the president claimed there’s nothing so far, and made it clear that the Brazilian side will work on keeping the striker for longer.

“We heard about it. Of course, nothing concrete has arrived for the club. But we saw it,” he said (via Sport Witness).

“Others have, at some point, concretely approached the club, but we are also making this effort so that we can keep Yuri Alberto.”

The 20-year-old has a contract until 2025, with a release clause of €80 million, although clubs from Europe are confident of sealing a move for significantly less.

Reports from Brazil recently claimed that €16-18m would be enough to take him from the club.

The Brazilian is considered a strong prospect but will have to go through a massive developmental phase like many Brazilian strikers do to become an integral part of clubs in Europe.

Share
Facebook
Twitter
Pinterest
WhatsApp
Previous article‘This is a statement’ -Some Man City fans can’t believe where Pep Guardiola was on Monday afternoon
Next article‘Perfect replacement for Pep’, ‘No one else’ – Many Man City Fans react after hearing who should wait to succeed Guardiola