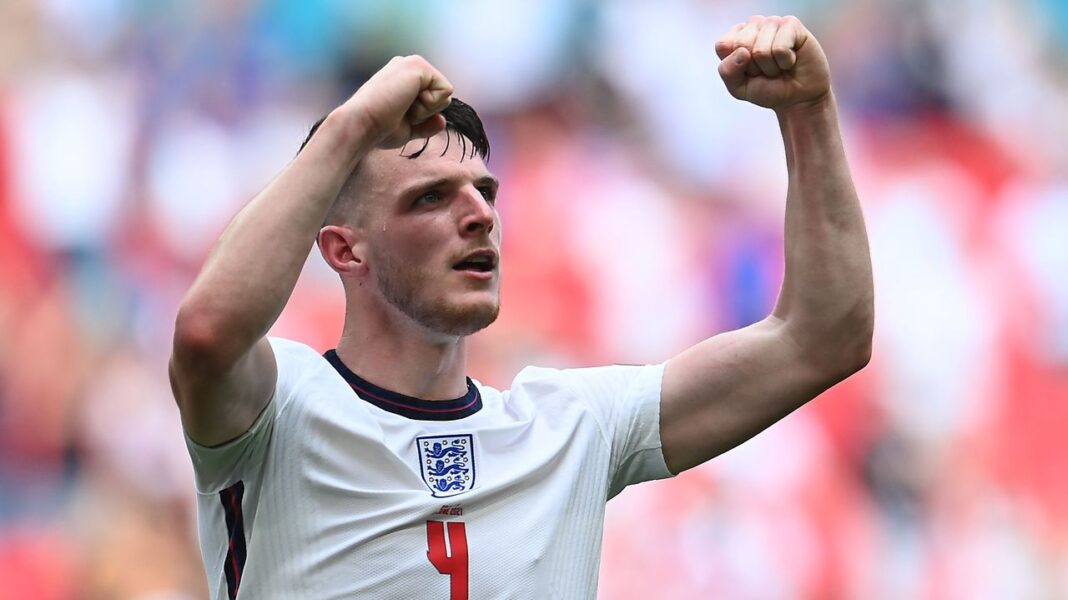 Manchester City fans have been reacting to a post on Twitter which relays a report that claims the club is leading the race to sign in-demand West Ham United midfielder Declan Rice.

Rice is also admired by a number of the biggest clubs in the country, including Chelsea and Manchester United, both of whom were reported to be interested in him during the summer.

According to 90Min, Man City are ‘continuing to lead the pursuit’ of the West Ham midfielder, having been ‘long admirers’ of the England International.

Also Read
‘Keep him’, ‘whenever he plays he’s actually decent’ – Some Man City fans react as club make decision on Nathan Ake transfer to Newcastle United
‘Why would he downgrade’, ‘pain pain’, ‘might just cry’ – Many Man City fans react as Barcelona ‘close agreement’ with Ferran Torres
‘Please no’, ‘would rather Nkunku or vlahovic’ – Some Man City Fans flock as Darwin Nunez transfer rumour emerges

The report states that that Declan Rice is prepared to leave the London Stadium, even if West Ham manage to qualify for the Champions League.

At just 22, it’s clear to see why a number of teams are after the England international. A potential departure for Fernandinho could subsequently become a reason why Manchester City want Rice.

if he is to be bought, he certainly won’t be cheap, as manager David Moyes recently said that £100 million wouldn’t be enough to get him to leave West Ham.

I would love this https://t.co/qwgLQE4yrn

Get him into my club! Absolute baller.

Why though? So expensive and he won’t start over Rodri for us, unless Pep has a grand plan I can’t see it

don’t need him, rodri is clear

Would absolutely love him but not what we need , we already have a similar player in Rodri https://t.co/zHeaCUFDND