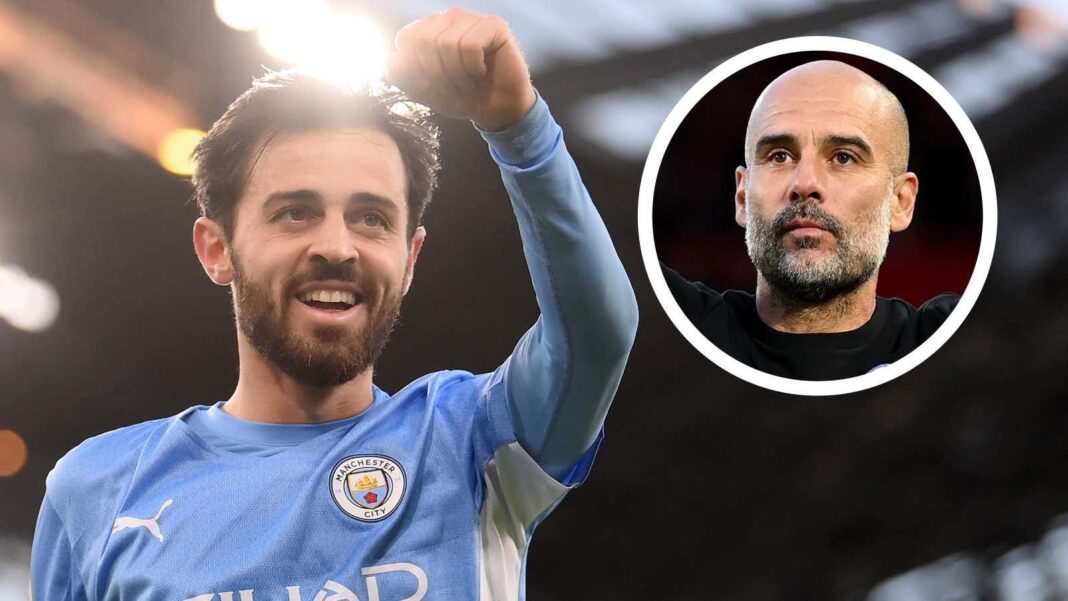 Manchester City boss Pep Guardiola has expanded on his view that Bernardo Silva is the best player in the Premier League.

Bernardo Silva has been standout player during the opening few months of the campaign, as City go in search of winning their fourth Premier League title under Pep Guardiola.

The Portuguese playmaker, who had been rumoured to be seeking an exit from the Etihad Stadium in the summer, has been immense, having provided six direct goal involvements across 13 Premier League appearances so far this season.

Silva, who has been nominated for the Premier League Player of the Month award for November, flashed a real glimpse of his talent with a scorching volley at Villa Park to give his side an unassailable lead on Wednesday night.

The 27 year-old, who played particularly well against Chelsea, Liverpool, Manchester United and scored the winning goal against Leicester City in September, has been praised by the Manchester City manager.

Guardiola opened up a debate by declaring Bernardo Silva to be the best player in the Premier League, which were questioned by many of a Liverpool persuasion, mainly due to the form of Mohamed Salah.

Also Read
‘Spot on’, ‘Sign the Contract’, ‘Best manager for a reason’ – Man City Fans Hail Guardiola After Star Midfielder’s Latest Comments
‘Happy to hear this’, ‘Class’, ‘one for the future’ – Some Man City fans lap up news on Taylor Harwood-Bellis
‘We’ll take that’, ‘I’d be surprised if we don’t win’ – Man City fans react to drawing Fulham in the FA Cup fourth round

The Egyptian has 19 goals in 19 appearances in all competitions this season, and leads the Premier League Golden Boot race as well as leading the assist numbers.

On Friday, Guardiola was asked to back up his comments on why he did say without hesitation that the best in the league is Bernardo.

These Guardiola’s comments were shared on Twitter by City Xtra, and it attracted plenty of attention from the supporters.

He turns it up another level against rivals like Liverpool. So fortunate to have a guy like Bernardo on the squad

I for one am happy our opponents don’t rate him high enough.