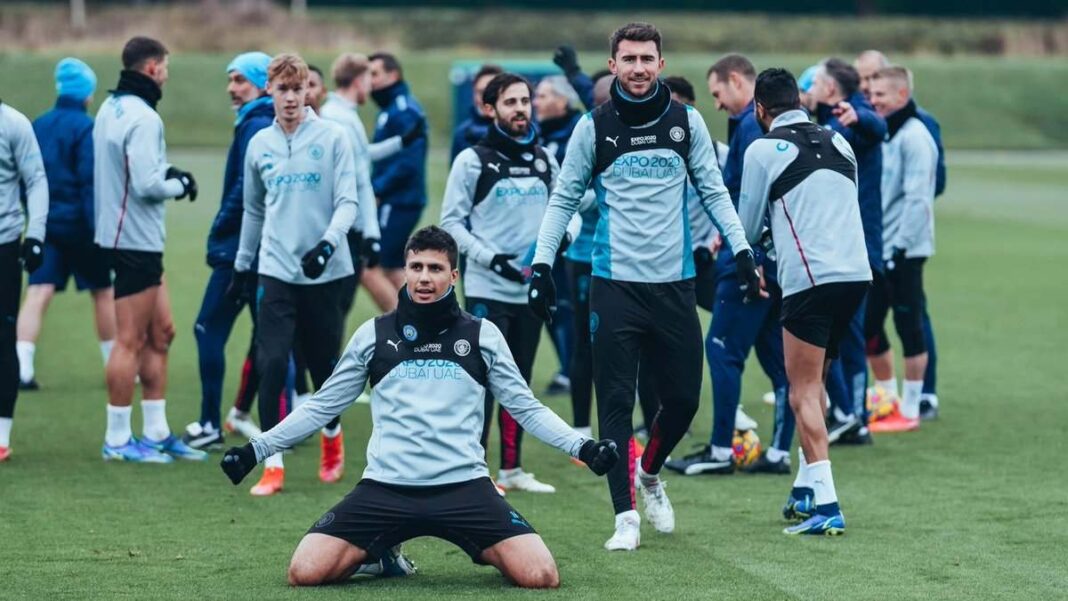 Pep Guardiola has praised Rodri ahead of Saturday’s trip to face Watford, giving him a consistent “seven or eight” out of ten for his Manchester City performances this season.

Rodri has been standout player during the opening few months of the campaign, as City go in search of winning their fourth Premier League title under Pep Guardiola.

The Spaniard has started 17 of Manchester City’s 22 matches so far this season, and scored a sensational goal against Everton two weeks ago.

Guardiola praised Rodri in his pre-match press conference on Friday, as City prepare to travel to London, where they face Watford in the Premier League on Saturday evening.

Asked about Rodri, Guardiola said: “Fernandinho is Fernandinho, Rodri is Rodri. Fernandinho is still with us and has done for this club on the pitch, the people don’t know off the pitch which is amazing.

“Rodri is 23, 24. Everything is a process. Last season he played good, maybe in the last part of the season dropped a little bit but we gave him more minutes last season – you have to be careful this season.

“The fact we are out of the Carabao Cup is good for that. He is playing an extraordinary level, the consistency.

“Not one game, he has to be here, seven, right, seven, eight, all the time. Cannot be three or four because it destroys the team, cannot be ten because ten is for the strikers. He is playing this consistency, defensively, offensively.”