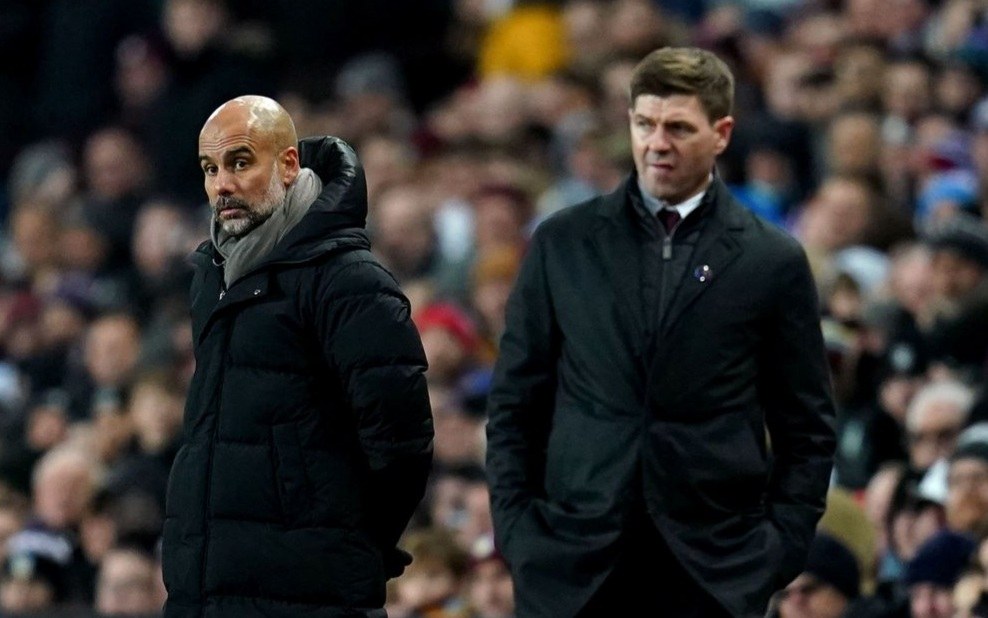 Gerrard, now in charge of Aston Villa, went head-to-head with Manchester City boss Guardiola for the first time as a manager on Wednesday night.

City won the game 2-1 at Villa Park to hand Gerrard his first loss since taking over the Midland club. Despite losing the game, Gerrard impressed Guardiola.

The City manager has explained why he thinks facing Villa will not be an easy task in the future. And he went on to say that it was an ‘honour’ to come up against Gerrard in the dugout.

Having faced one new face in Steven Gerrard in midweek, Guardiola pits himself against another fresh appointment this weekend when City travel to play Claudio Ranieri’s Watford.

Speaking ahead of City’s trip to Watford this weekend, Guardiola was asked about the differences between preparing for matches against new managers.

Claudio Ranieri has recently been appointed as Watford boss and Guardiola said: “Every manager is different, the way Aston Villa play is different to Watford. It’s a challenge.

“Our job is a challenge all of the time, new managers or old managers. They beat you, how you have to do it to do it again. That’s nice, that’s why we are here. It’s a challenge for the manager. For me, it is an honour to play against [Steven] Gerrard, a legend from English football, now a manager.

“Incredible success for [Claudio] Ranieri with his experience, a long time ago. He came here, got two results. It’s a challenge. That motivates me to say, ‘let’s do it’. And what I felt on the touchline is next time will be tough against Villa.

“I had the feeling that he [Gerrard] knows exactly what the opponent does, what he wants to do. There’s no friendship there. He’s there. I shake your hand and okay, you beat me, but next time be careful’.

“That’s why he had his career as a player and he will do it as a manager, and Ranieri is the same. He may be polite, but the instinct to win is there.”