‘Oh no’, ‘Uefa at it again’ – Some Man City Fans react as Club Handed Fine Over Champions League Pitch Invasion 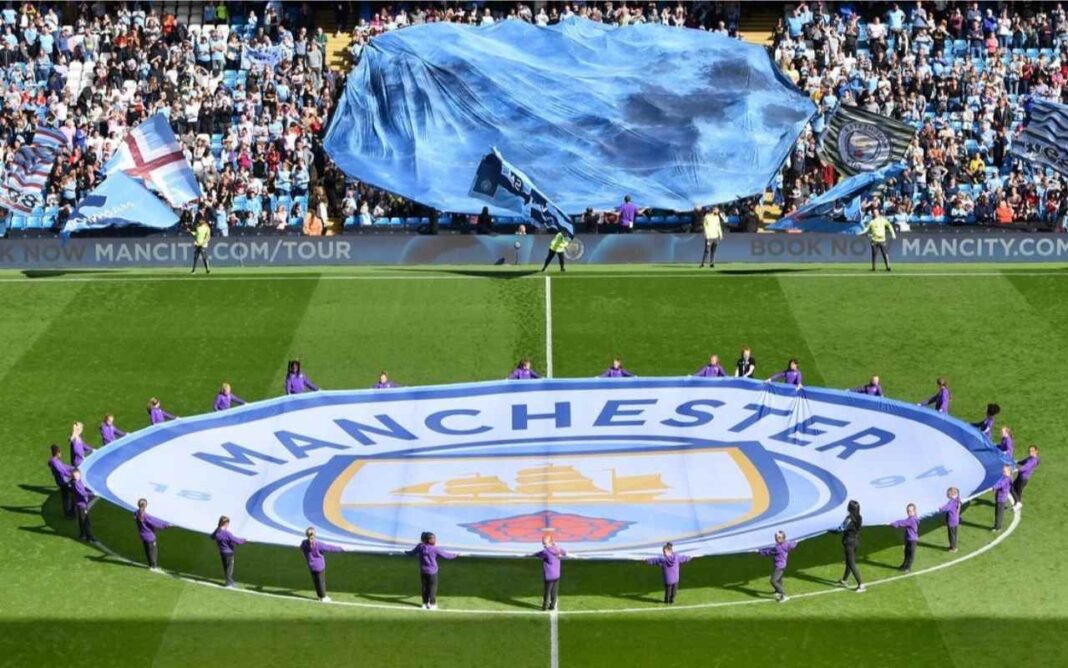 Manchester City have been fined by UEFA following a pitch invasion incident after their 2-1 win against Paris Saint-Germain in the Champions League.

Despite being drawn alongside European heavyweights in Paris Saint-Germain and RB Leipzig, City won their Champions League group with a game to spare.

As per the Press Association, Manchester City have been fined a sum of €5,000 by UEFA’s Control, Ethics and Disciplinary Body, due to a pitch invasion that followed their 2-1 win in the Champions League against PSG at the Etihad Stadium on 24th November.

Pep Guardiola’s side are not the only English club to be imposed with a fine, with Liverpool and Tottenham Hotspur having to pay their dues after similar incidents.

The news was shared on Twitter by City Xtra and it attracted plenty of attention from the club’s supporters, who already have a hostile attitude towards UEFA and the Champions League.

Oh no our Haaland budget getting affected https://t.co/NIHQyrsjkk

Uefa at it again https://t.co/UBpK0zLT6K

We were fined a quarter of what Porto were for whole sections of their crowd chanting racist abuse at Mario Balotelli and Yaya Toure because a 7 year-old kid ran onto the pitch to get Bernardo Silva’s shirt after the game had finished and some of you still wonder why we boo UEFA. https://t.co/gLnxNxhxs1 pic.twitter.com/8FAzuB1QZb

5k for a kid running on to ask for bernardos shirt, bit excessive? pic.twitter.com/FgOnF6zTMM

if he’d asked Messi for his shirt, then there would be no fine at all

No wonder why our fans still boo during the UCL anthem

they’ll find anything to get some money out of us, they could just ask nicely 🙂